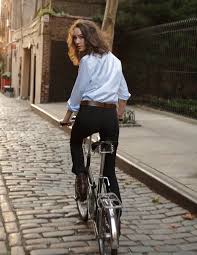 Now there were times when the news affected my travel plans: I would not go to Guatemala during the dictatorship of Efraín Ríos Montt in the 1980s, I would not visit Peru during the Sendero Luminoso insurgency of the 1980s and early 1990s, and I would not go to El Salvador today because of the Mara Salvatrucha criminal gang. Oh, and there’s some parts of Mexico I would shy away from because of the narcotraficantes (namely the states of Tamaulipas, Veracruz, Sonora, Monterrey, and Michoacán).

That said, I lose track of Middle East skulduggery because there is so much of it that I confuse the incidents one with the other. Nor is it important to know the number of car bombs in Baghdad, the casualties at Kobani, the Hamas-Israel pissing match, the piracy and banditry of Somalia, the endless repercussions of Benghazi, or even the weirdness of North Korea’s non-interaction with the world. Because I read the paper, I have a rough idea of what is happening. The details are just a tad excessive.

I work with a really nice bookkeeper who listens to the news and all the pundits on her long drive to work. All the badness, of which there is an endless amount, has the effect of making her depressed. I suggest that she listen to nice music instead, either the classics at KUSC or new wave at KTWV.

Remember one thing about the news: They are trying to make you hooked on all this global negativity so you keep coming back for more, and maybe even buy all the crapola the sponsors want to unload on you. Skip a few news cycles. Maybe read the paper instead, or a weekly news magazine (if there still is one), or even the Internet. When things get too bad, I’d rather put on some J. S. Bach or Wolfgang Amadeus Mozart.

As my old hero Ghoulardi (about whom I will write more in the next week or so) said, “Cool it with the Boom-Booms!”