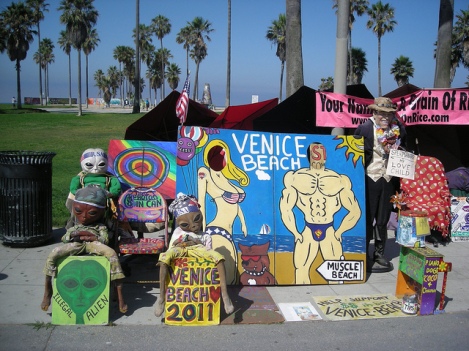 A Million Miles from the Adriatic

My own ABCs consist of places I have loved (Iceland, Patagonia, Quebec, Scotland), things I feared (Earthquakes), writers I have admired (Chesterton, Balzac, Proust, and Borges); locales associated with my past life (Cleveland, Dartmouth College, and UCLA), people who have influenced me (John F. Kennedy), foods I love (Olives and Tea), and things I love to do (Automobiles and Books). This blog entry is my own humble attempt to imitate a writer whom I have read on and off for thirty years without having sated my curiosity. Consequently, over the weeks to come, you will see a number of postings under the heading “Tarnmoor’s ABCs” that will attempt to do for my life what Milosz accomplished for his. To see my other entries under this category, hit the tag below marked “ABCs”. I don’t guarantee that I will use up all 26 letters of the alphabet, but I’ll do my best. The fact that I made it as far as the letter “V” makes me wonder sometimes.

Los Angeles has been described as a varying number (depending on who’s doing the quoting) of suburbs in search of a city. After all, what is the real difference between Sherman Oaks and Encino, Mar Vista and Palms, or Rancho Park and West L.A.? Some of the communities in the county are distinctive because of their ethnicity, such as Monterey Park (Chinese), East L.A. (Mexican), Gardena (Japanese), Pico-Union (Central American), and Glendale (Armenian).

One neighborhood that is known more for its culture than its ethnicity is Venice. When Abbot Kinney first thought of the idea of artificial canals in a community bordering the ocean in 1905, naturally, the name “Venice” popped into his head. In the 1960s, the area was known as Los Angeles’s answer to Haight-Ashbury. Charles Manson and his gang hung around the area. Jim Morrison and the Doors advertised itself at first as a Venice band.

At the same time that the Hippies became the predominant population, some prominent artists also set up shop in the area, such as Charles and Ray Eames. Others associated with Venice included Charles Arnoldi, Jean-Michel Basquiat, John Baldessari, Larry Bell, Dennis Hopper, and Ed Ruscha. Abbot Kinney Boulevard is dotted with art galleries.

You can get your name on a grain of rice, buy any number of T-shirts with funny sayings, eat funnel cakes (whatever those are), or order sausages from Jody Maroni’s Sausage Kingdom.

I frequently walk along the Boardwalk where it begins just south of Venice Boulevard to Small World Books, one of the best remaining independent bookstores in Southern California. Frankly, I enjoy the sleaziness of the area—perhaps not enough to hang out there after the sun sets.