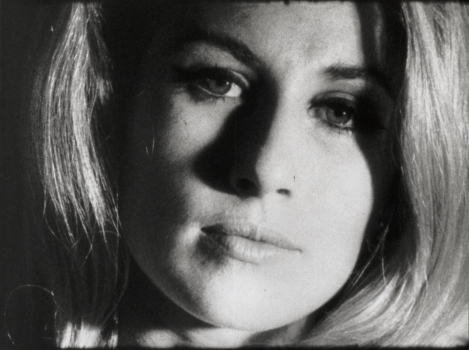 The following is based on a book review I published on Goodreads.Com yesterday:

In the 1960s and 1970s, when I used to dread the approach of another lonely weekend, I wished I could meet a girl like Eve Babitz, intelligent, articulate, and drop-dead beautiful. And there she was, living just a few miles from me in Hollywood while I was in Santa Monica. Describing a friend of hers, “she lacked that element, raw and beckoning, that trailed like a vapor” behind her.

Like her first book, Eve’s Hollywood, Slow Days, Fast Company: The World, the Flesh, and L.A. is a series of seemingly biographical essays with a hefty admixture of fiction. Where the first book talked about Eve’s teeny-bopper years in the 1960s, in her second she becomes the lovely, knowing score girl that everyone wants to meet … and bed. She hung out with the likes of Jim Morrison, Steve Martin, artist Ed Ruscha, and gallery owner Walter Hopps. 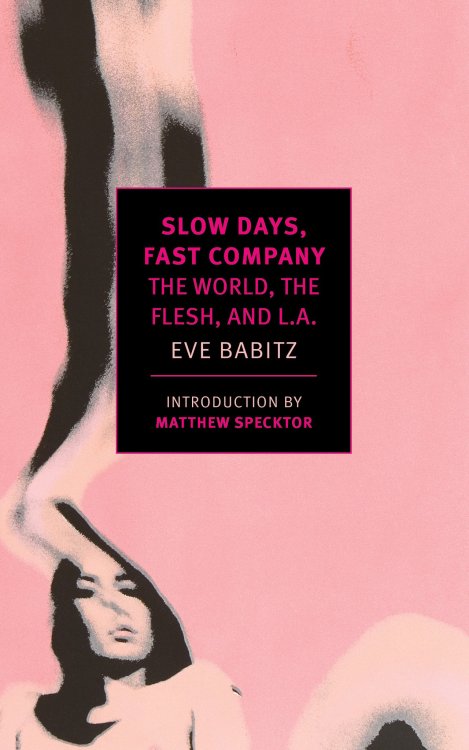 What she writes about in Slow Days, Fast Company is about her friendships and relationships with people who are usually not identified with their last names; and even their first names could have been modified. In the end, it doesn’t matter a bit. Eve knows success, and how it twists people so they becoming boring “celebrities” who rely on drugs and booze to get through the day. She writes:

But everyone knows that it would have been much better to have been popular in high school when your blood was clean, and pure lust and kisses lasted forever, Chocolate Cokes in high school are better than caviar on a yacht when you’re forty-five. It’s common knowledge.

Eve Babitz knew herself far better than most people, and she had a wicked sense of humor, as in this exchange:

The very next night I was having dinner with this fashionable young rich man who looked at me as I smoothed some paté over some toast and said, “You better watch out with that stuff. It’ll make you fat.”

“Well, gee,” I said to him, “there are so many perfect women, it’s just horrible you have to spend time sitting here with me.”

Horrible indeed! No use being morose about it, however. Even if I never found an Eve Babitz, I can appreciate her discriminating mind even at this distant remove. This is a girl who did not believe in the viability of most relationships: “The real truth is that I’ve never known any man-woman thing to pan out (it may pan out to them, of course, but couples in middle age who don’t speak to each other are not my idea of a good movie.)”

Eve Babitz in her time and place—Los Angeles in the 1960s and 1970s—was as good as they come. She is in many ways the best that Los Angeles has to offer. If you read her books, I think you will understand why.