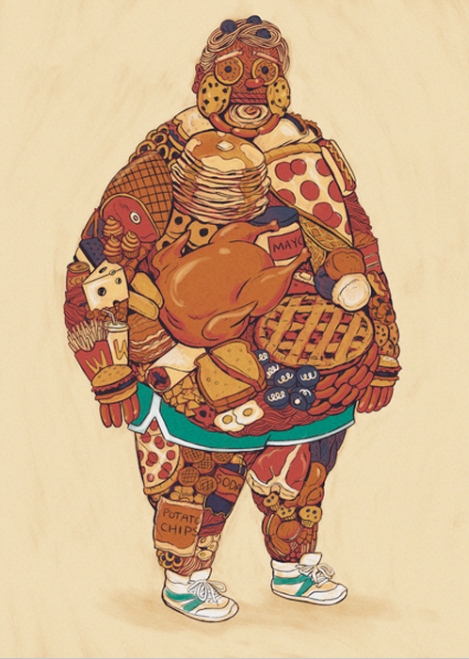 Yeah, Well, I Mean Other Than That ….

In the big cities on the Right and Left Coasts, what we know of as American food is—I think, anyhow—starting to disappear. Not that American cuisine is necessarily the best in the world. Being Hungarian, I know it couldn’t hold a candle to a home-cooked Magyar meal. But there are some good American dishes of which I am quite fond. For someone who truly hates the Confederacy, I like Southern food: fried catfish, grits, collard greens, black-eyed peas—though I stop short at chicken. (Martine, on the other hand, is a big time poultry devotee.)

I think the problem is those guys with toques who like to think of themselves, standing in their kitchens, as masters of all they survey. The Food Channel has introduced us to a whole generation of soi-disant chefs who basically like to screw around with food, mix flavors like crazy, and build photogenic little towers on the plate. I think of these toque-n chefs the same way I think of those little kids who like to mix Coke with Mountain Dew with Root Beer at one of those automatic soda dispensers, thinking they’ll come up with something new and interesting. Of course, they never do.

Martine is unable to eat the range of food that I can. I would be perfectly content eating nothing but Asian food all my life, or Mexican, or Argentinean. She has irritable bowel syndrome and needs good plain food. We usually compromise when we go out: one meal to make me feel good, and maybe the next to make her feel good.

Today, for instance, we found that a restaurant chain we loved that had been out of business for over 10 years still had one branch in Sherman Oaks, near the intersection of Moorpark and Van Nuys Boulevard: It was Hamburger Hamlet. The food was not great—not like pigging out in New Orleans on a po’ boy or in Boston on scrod—but it is good; and the menu is large enough and interesting enough to make me feel better than dining at Denny’s or Norm’s.

In our lifetimes, I think the American coffee shops will disappear, at least in the big cities. I hate to think what the chefs of tomorrow will do to our stomachs.