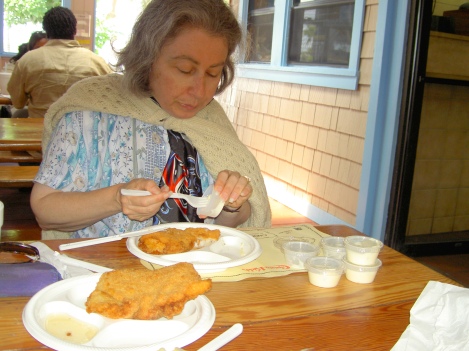 Troubles, when they occur, rarely occur in isolation. Today, I was inundated. First of all, Martine has decided to leave me two weeks from today. We have been together for thirty years—not actually married—but man and wife for all intents and purposes. My little French girl, like her mother before her, has a tête Normande, a so-called “Norman head,” famous for stubbornness. Around the same time, she got tired of Los Angeles, my apartment in Los Angeles, and me. I know she is initially headed for Sacramento, where she lived when I first met her, but where she goes from there is anyone’s guess.

I still love her and would give anything to continue our relationship, but that does not seem to be enough for her at this point. Once before, in 2005, she left me for several months. But that was to take care of her mother, who was not being well cared for in the institution where she was housed. She came back then; and I hope she will come back again. If not, my life must go on.

Every day, I see large numbers of crumpled-looking old people who can barely get around to do the basic chores of their life. I have no intention of succumbing to that condition. As Dylan Thomas wrote:

Do not go gentle into that good night,
Old age should burn and rave at close of day;
Rage, rage against the dying of the light.

I still have places to go and things to do. And books to read.

A second trouble also hit me between the eyes today. You may recall I wrote about an accident I had last Saturday. Today, Mercury Insurance declared my car a total loss, which it really isn’t. Although my 1994 Nissan Pathfinder is twenty-three years old, it is still a gem of a car, with relatively new tires. But I may have to give it up, because, once it is declared a total loss, I get nothing but Blue Book value (plus or minus). Perhaps it would be cheaper to lease a new car than to deal with upcoming major repairs, such as a replacement engine or transmission. So it goes.

I loved both my girl and my car and must say good-bye to both of them around the same time.