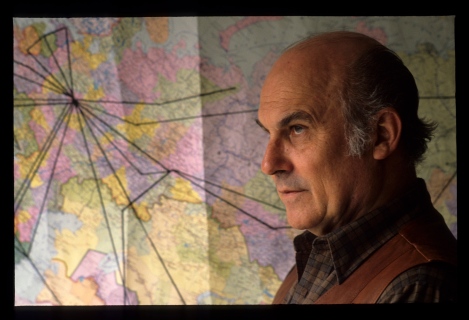 Although he is usually classified as a writer on non-fiction, the late Ryszard Kapuściński has been “outed” by some journalists for embroidering the truth. In this era of fake news and outright official lying, I feel we need to appreciate someone who is 95% true, or even 90% true. Almost no one is 100% true. I keep thinking back to the ancient Greek and Roman historians who put polished speeches into the mouths of Greek heroes such as Pericles and Augustus Caesar. The idea was to give the general idea, and to adjust the truth just enough to show the basics. No matter that the historian spoke more elegantly than Pericles or Augustus ever could. Shall we dump Thucydides, Herodotus, Tacitus, and Livy for such venial sins, which were certainly not considered as sins at the time they were writing?

According to a biography by Artur Domoslawski, friend of Kapuściński, occasionally crossed the boundary between straight reportage and fiction: “Sometimes the literary idea conquered him. In one passage, for example, he writes that the fish in Lake Victoria in Uganda had grown big from feasting on people killed by Idi Amin. It’s a colourful and terrifying metaphor. In fact, the fish got larger after eating smaller fish from the Nile.”

It seems Domoslawski was perhaps less than a real friend of Kapuściński: He also included numerous accounts of the author’s sexual peccadillos and collaborations with Soviet intelligence.

I am reminded of another travel writer whose work I love, Bruce Chatwin, author of In Patagonia and Songlines. Instead of 90% truth, Chatwin aimed at perhaps 70% truth and occasionally fell short of that mark. And there was, with Chatwin, a lot of sex going on with even with his sources. (He died of AIDS in 1989 at the age of 49.) I still classify both authors as non-fiction, even though Domoslawski thinks they should be on the shelf with fiction.

After Domoslawski’s book came out, a bunch of other writers jumped on the topic, including such notable historians as Timothy Garton-Ash. I know that, for many years, Ryszard Kapuściński  has been on the short list to receive the Nobel Prize for Literature. Now that he is dead, he does not qualify. More’s the pity.