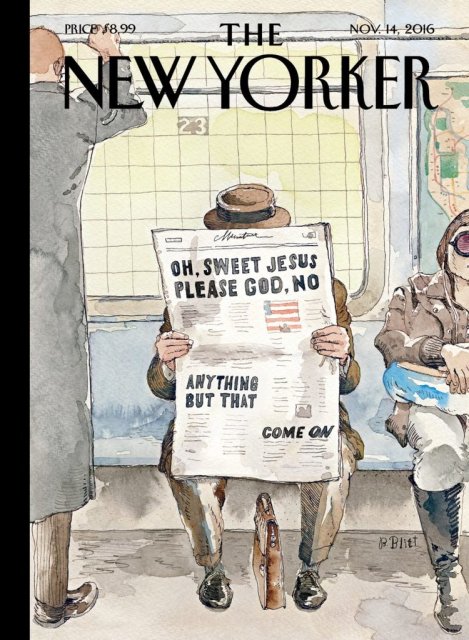 If we ever get through this presidency in one piece, we will look back on the cover art of The New Yorker as representative of the way that thinking, feeling people reacted to our 45th President. (As to how his supporters feel, I could care less.) I have been reading the magazine on and off for over half a century. In the end, what I remember most are the covers. There are a few stories that I will always remember, such as the issue that contained the whole of Truman Capote’s In Cold Blood.

I will always remember Election Night 2016 as the worst night of my life. I was in Quito, Ecuador, watching the results coming in on CNN. As the night went on, I was feeling sicker and sicker. The next day, I was to fly back to the U.S., which I suspected was about to be changed forever—for the worse! 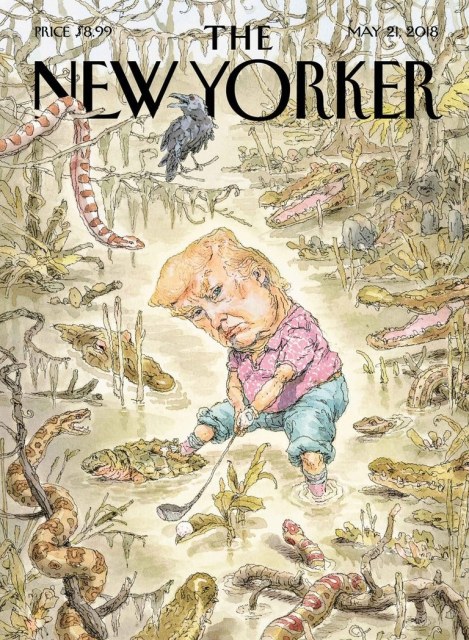 He Never Did Clear the Swamp, Did He?

He always presented himself as smart, handsome, and rich. It has become grotesquely apparent that he is dim, ugly, and corrupt. As to his handsomeness, there is this cover: 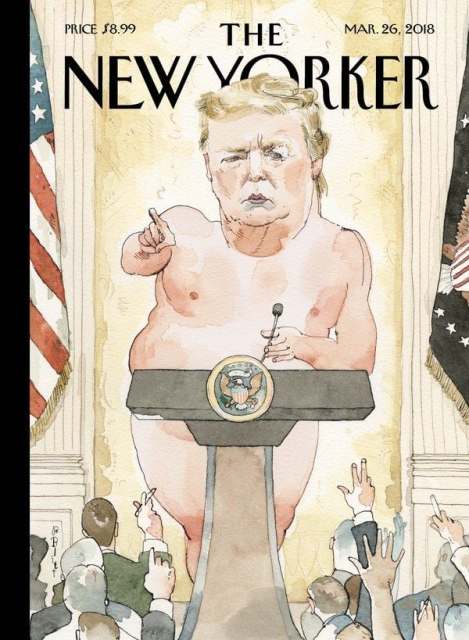 Yeah, Well, the Emperor Has No Clothes