Home » travel » Where There Are No Rivers 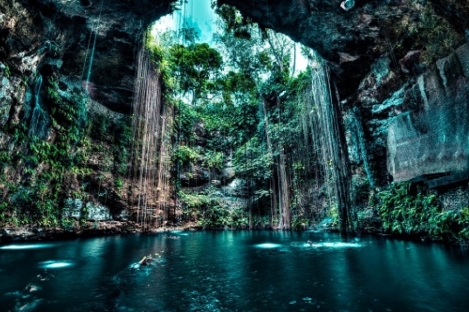 Cenote at Chichen Itza in Yucatán

Even Los Angeles has a river. Never mind that its banks are mostly of concrete and that it runs dry most of the year. There are some parts of the world in which rain sometimes falls in great profusion, but where there are no rivers to be seen. The operative phrase here is “to be seen.”

The Yucatán Peninsula in Mexico, which I plan to visit next winter, is a solid block of limestone into which the rainfall seeps. There is quite a bit of water in Yucatán, but almost all of it is below sea level. Thanks to the giant meteor which caused the Cretaceous Extinction some 66 million years ago, numerous holes were punched through the surface of the limestone causing waterholes (usually referred to as cenotes). Many of these cenotes are interconnected through extensive subterranean caves.

Many of these cenotes make for excellent swimming holes in the subtropical climate of the peninsula, and they are a steady source of water for drinking and washing to the local population.

Where matters get more complicated is in the region known as the Puuc Hills, which rise several hundred feet above sea level, yet which sustained a large Maya population in ancient times. During rainy season, water is collected in stone cisterns called chultunes. During the dry season, these sources tend to dry up, and the local Maya must go hundreds of feet down to get at the subterranean rivers and wells. There is a famous illustration by Frederick Catherwood (around 1840) that shows the descent of hundreds of feet at the well in Bolonchen (see below). Shown here is only a portion of the descent to the wells, which continue for several hundred feet from the base of the stairs. 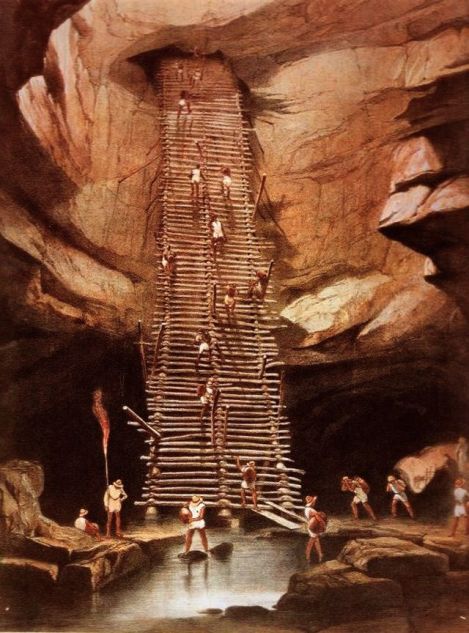 Many place names in Yucatán contain the particle chen, which means well. In addition to Bolonchen, there is Chichen Itza, which, translated, means “The Mouth of the Well of the Itzaés.” A quick glance at a detailed map of this part of Mexico will turn up hundreds of other examples.