So This Pandemic Comes to Us from Bats?

My one experience with bats comes from the 1980s while I was visiting Carlsbad Caverns in New Mexico. Every day from June to October, almost precisely at sunset, tens of thousands of Brazilian free-tailed bats emerge from the cave, gliding inches from the ears of spectators seated in an amphitheater near the entrance.

While I admire the creatures for devouring untold billions of insects, I have never been tempted to eat bat meat in any way, shape, or form. But the current coronavirus pandemic could be due to Chinese in Wuhan attempting to do just that with meat obtained at a highly unsanitary institution referred to as the “Wuhan Wet Market.” According to CNN, a bat-infected pangolin could have been eaten by Patient Zero of the coronavirus.

Others say that the virus emerged as a result of a lab accident in Wuhan in which a study of bats was involved. In either case, it was an instance of zoonotic spillover, in which a disease crosses from an animal to a human.

Whatever the source, there are numerous conspiracy theories in China, the United States, and around the world fomented by the usual guilty parties. These state that the virus was deliberately spread by China or the U.S. or by God, who is dissatisfied by the laxity and sinfulness of His worshipers. 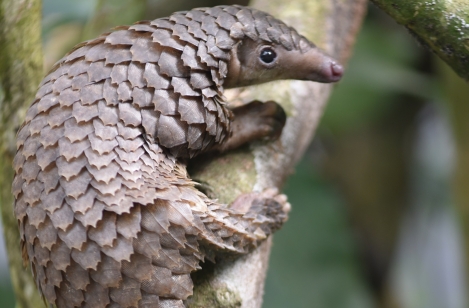 I am not in a position to rule on how COVID-19 started on its quest to infect the world. Many comparisons have been made to the Black Death (Bubonic Plague) of the Middle Ages, of which one website provided the following description:

The Black Death was a devastating global epidemic of bubonic plague that struck Europe and Asia in the mid-1300s. The plague arrived in Europe in October 1347, when 12 ships from the Black Sea docked at the Sicilian port of Messina. People gathered on the docks were met with a horrifying surprise: Most sailors aboard the ships were dead, and those still alive were gravely ill and covered in black boils that oozed blood and pus. Sicilian authorities hastily ordered the fleet of “death ships” out of the harbor, but it was too late: Over the next five years, the Black Death would kill more than 20 million people in Europe—almost one-third of the continent’s population.

Thankfully, COVID-19 has nowhere near that mortality rate.

Still, be careful and stay safe!