Home » film » The Prisoner [of Coronavirus]

The 1960s British Television Series That Epitomizes Our World

On one hand I am imprisoned by the dread ’Rona; on the other, I am liberated by it. I have been binge-watching the 1967 British television series The Prisoner, starring (an co-created by) Patrick McGoohan. Thanks to my being a member of Amazon Prime, I have access to a wealth of movies and television shows streaming at little or no cost to me. So far, I have seen all but the last five episodes of the series, which I have found to be a liberating experience.

If you are not familiar with The Prisoner, it is about an unnamed spy for British intelligence who resigns suddenly and is carried off to a prison community referred to as “The Village,” in which everyone is known by a number. Our hero is Number 6. The village is headed by by a mysterious Number 1, whom thus far I have not seen, but is managed by a Number 2, who changes from one episode to the next—sometimes even within a single episode. Number 6 wants more than anything else to escape the village. 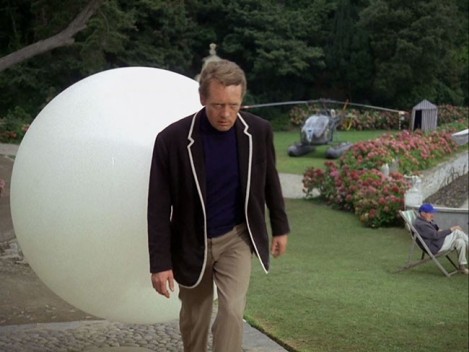 Number 6 Being Stalked by an “Enforcer Balloon”

When the series first came out in the U.S., it was too difficult for me to tune in at the same time on days it was broadcast. Now, as prisoner of the coronavirus, I can enjoy the series. (The same goes for Deep Space Nine, which I am binge-watching in parallel.) 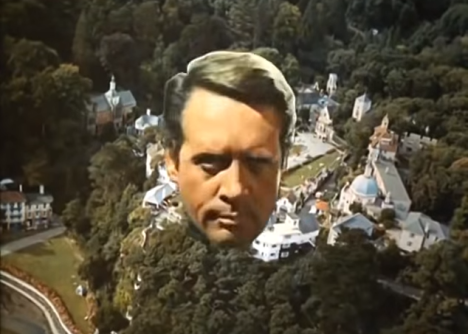 The Image of Number 6 Superimposed Over “The Village”

ddly, “The Village” is a real place: Portmeirion in Wales. You can stay there and dine in its restaurant without being answerable to Number 2.

3 thoughts on “The Prisoner [of Coronavirus]”