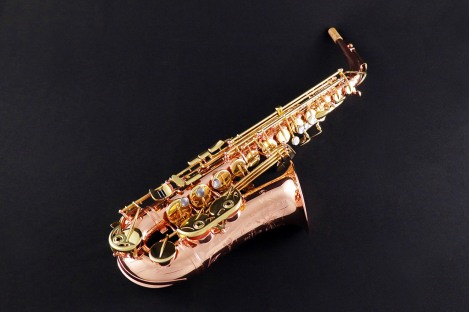 I Thought It Would Be a Neat Idea, But What Did I Know?

One of the problems of being the firstborn son of poor parents is that you are elected to fulfill their unfulfilled wishes for their own lives. When I was nine years old, they decided that I should play a musical instrument. That sounded fine to me; it’s just that I didn’t realize the extent to which the hook was baited.

For some reason, I wanted to play a trombone. At the music store, my mother and father got the salesman to point out that my teeth weren’t right for playing the trombone. They both suggested I play the saxophone instead. I didn’t even know what a saxophone was. So I foolishly said, okay. Before I could say “Help: Get me out of here!” I had a music teacher downtown who would teach me the ways of the alto saxophone.

What follows resembles an episode of Leave It to Beaver. Each Saturday morning, I had to take the 56A bus downtown to Prospect and Ontario, from where I trudged with my instrument case to East 3rd Street where Mr. Jack Upson tried to make a musician out of me. The lessons were okay, I suppose, but the daily practice sessions were, quite simply, horrible. When I wanted to go outside to play, I was sternly reminded that I had roped my family into buying me a saxophone, which they couldn’t afford; and I had damned well sit down for an hour and practice. My mom’s favorite song was “Londonderry Air,” which she knew as “Danny Boy.” Just to make things totally untenable, my little brother Dan would show up for the song and grin while I tootled away while staring daggers at him.

At Chanel High School, I joined the Firebirds marching band. Just imagine what it was like to take the field at halftime and do formations with only twenty-odd instruments. All anyone in the stands ever heard was the booming of the drums.

This nonsense continued until I went away to college. Although I showed up for several Dartmouth band practices, I immediately saw that I was among people who knew how to play their instruments and who loved performing. I quietly left the band before the first football game and never picked up my saxophone again. After all, in Hanover, New Hampshire, there was no one to make me practice—and several classmates who would have tarred and feathered me if I had.

2 thoughts on “My Musical Career”