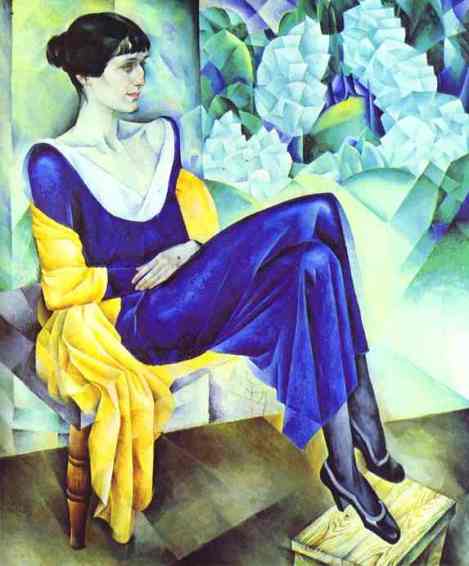 I love this poem. Its first stanza is like the United States under Trumpf, or Russia under Stalin—take your pick! Then, in the second and third stanzas, the devastation turns to hope. The poem’s name? “Everything.”

Everything’s looted, betrayed and traded,
black death’s wing’s overhead.
Everything’s eaten by hunger, unsated,
so why does a light shine ahead?

By day, a mysterious wood, near the town,
breathes out cherry, a cherry perfume.
By night, on July’s sky, deep, and transparent,
new constellations are thrown.

And something miraculous will come
close to the darkness and ruin,
something no-one, no-one, has known,
though we’ve longed for it since we were children.

There is something of the seer about the gaunt poet, who under her bangs sees into futures that might possibly, hopefully lie in wait for us. 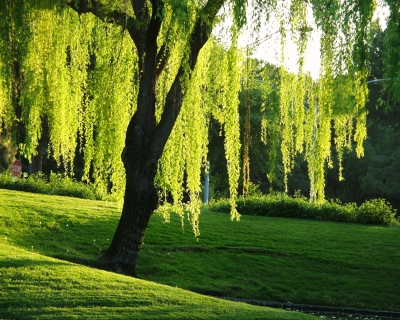 Fanning Her Insomnia with Dreams

Poems written in other languages have a difficult passage to get to English. In the end, what we see is a mere simulacrum of the original. Still, the greatness of a poem will out. If a poem was originally written in French, Spanish, or Hungarian, I can get more of a feeling for the original; but what of the poems of the great Anna Akhmatova (1889-1966), which were written in Russian? I have approached several of her translated works and loved them, or else loved the pale reflections they cast in English, such as this one:

In the young century’s cool nursery,
In its checkered silence, I was born.
Sweet to me was not the voice of man,
But the wind’s voice was understood by me.
The burdocks and the nettles fed my soul,
But I loved the silver willow best of all.
And, grateful for my love, it lived
All its life with me, and with its weeping
Branches fanned my insomnia with dreams. But
—Surprisingly enough!—I have outlived
It. Now, a stump’s out there. Under these skies,
Under these skies of ours, are other
Willows, and their alien voices rise.
And I am silent … As though I’d lost a brother.

The poem becomes clearer when you understand what its author endured through her long life. I quote one paragraph from the Wikipedia entry on her:

Primary sources of information about Akhmatova’s life are relatively scant, as war, revolution and the totalitarian regime caused much of the written record to be destroyed. For long periods she was in official disfavour and many of those who were close to her died in the aftermath of the revolution. Akhmatova’s first husband, Nikolai Gumilev was executed by the Soviet secret police, and her son Lev Gumilev and her common-law husband Nikolay Punin spent many years in the Gulag, where Punin died.

Perhaps if an ogre like Stalin could take everyone you ever loved away from you, then perhaps your soul will be fed by “the burdocks and the nettles.”