Where is the real artistic genius of America to be found? Sad to say, it’s not literature. It’s not painting or sculpture. Near as I can say, what the United States will be most remembered for is music—not only jazz, blues, soul, bluegrass, rockabilly, zydeco, gospel, country & western, but much of rock & roll as well. Names like Elvis Presley, Hank Williams, Miles Davis, Muddy Waters, John Coltrane, and a host of others will answer the question: What has America produced that will stand the test of time?

As a self-proclaimed intellectual, I am aware that such a title cuts no mustard in the U S of A. Far from it. It’s almost a term of opprobrium.

Of course, there is no Nobel Prize for music. It registers in the heart—and, typically American, at the Box Office. 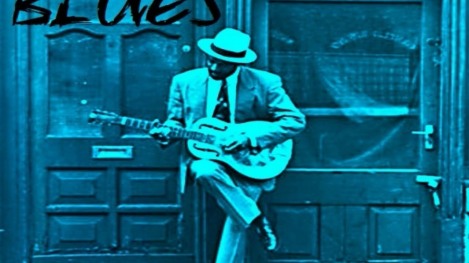 This Poem Is the Essence of the Blues

I have been paging through Kevin Young’s Everyman collection of Blues Poems and came across this one by Landston Hughes. Mind you: It’s not the way I’m feeling right now, but it is a beautiful statement of what the blues can feel like when it lurches into your life. It’s called “Too Blue”:

I wonder if
One bullet would do?
As hard as my head is,
It would probably take two.

But I ain’t got
Neither bullet nor gun—
And I’m too blue
To look for one.