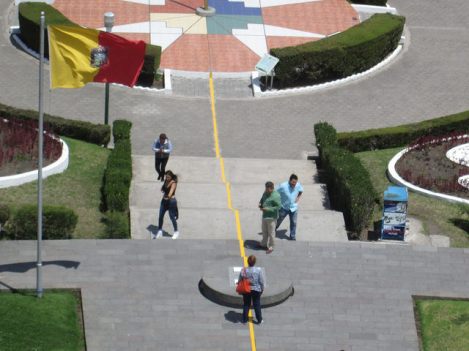 At the Mitad del Mundo

That yellow painted line is supposed to be the Equator. But actually, according to computer measurements, the actual Equator is about 240 meters north of the line. Not that it matters: That woman in the lower half of the picture who is straddling the yellow line thinks she is getting some of the Middle of the Earth mojo—but she probably isn’t. Dan and I didn’t bother pacing out the 240 meters to the real Equator, because we would have fallen into a volcanic crater to our deaths. And some things just are not worth sacrificing oneself for!

Ecuador created a nice museum and restaurant complex at what it calls the Mitad del Mundo, which takes the sting out of the slightly misplaced line. The only problem we had was getting there in our rental car. Fortunately, there is a Mitad del Mundo bus line. We just followed the buses until we actually met up with a helpful road sign, of which there are probably not more than a dozen in the whole country. 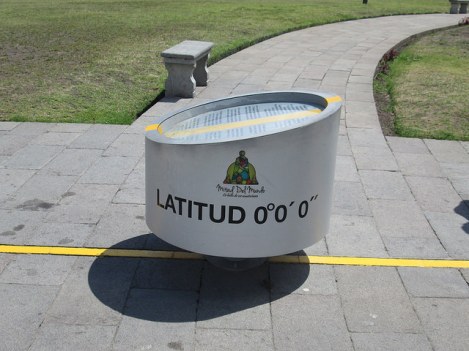 There is nothing in Ecuador to compare with the tourist éclat of Machu Picchu in Peru. So the Mitad del Mundo will have to do. Fortunately, it’s not half bad.