I think that Herman Melville’s Moby-Dick is the Great American Novel. There are a handful of other claimants, but the search for the White Whale—I think—knocks them all into a cocked hat.

Yet it was not always thus. Published in 1851, it took decades before it was recognized for the masterpiece it was. In his Conversations 1 with Osvaldo Ferrari, Argentinian writer Jorge Luis Borges makes an interesting observation:

I believe that [Moby-Dick], upon publication, remained invisible for some time. I have an old an excellent edition of the Encyclopaedia Britannica, the eleventh edition published in 1912. In it, there’s a not-too-long paragraph about Melville, describing him as a writer of travel novels. And though it mentions Moby-Dick, it is not distinguished from the rest of his books. It’s on the list but there is no mention that Moby-Dick is far more than a traveller’s tale or a book about the sea.

This makes me wonder how many American books written in the last sixty years will suddenly emerge to future generations as the *new* Great American Novel. Will it be something that we now regard as second-rate stuff? We may never know: The future is a closed book. 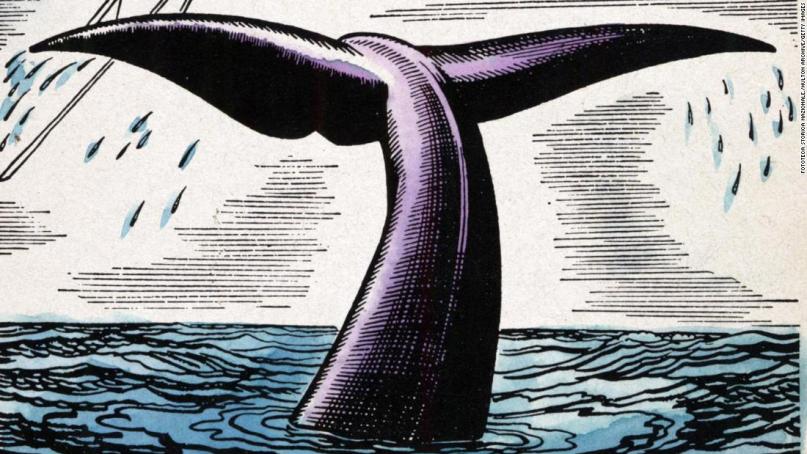 It Has Already Been Written—In 1851

All the time I was growing up, I kept hearing of writers wishing to write the Great American Novel—as if it were hovering in our future. It actually became something of an obsession with many. Sorry to disappoint, but I think the Great American Novel was written in 1851 by Herman Melville. It is called Moby-Dick, or The Whale. To date, I have read it three times, and each time was a revelation to me.

Unlike Tolstoy, Dostoyevsky, Balzac, Proust, and Jane Austen, Melville was a highly inconsistent author. If you read Mardi: and a Voyage Thither (1849) or The Confidence-Man, His Masquerade (1857), you are dealing with a folk philosopher who is interested only in somewhat uninteresting bon mots. He did write some great short fiction, such as “Bartleby, the Scrivener” (1853); “The Encantadas, or Enchanted Isles” (1854); “Benito Cereno” (1855); and finally “Billy Budd, Sailor (An Inside Narrative)” (1892). Of the other works I have read, they run the gamut from interesting to “Why Was This Written?”

His Novel Is Still as Relevant as Tomorrow’s News

On the occasion of the 200th anniversary of his birth in 1819, Philip Hoare wrote a fascinating article for The Guardian entitled “Subversive, Queer and Terrifyingly Relevant: Six Reasons Why Moby-Dick Is the Novel for Our Times.” You can find it here.

There have been many other American novelists whose work is near great. I am thinking of Nathaniel Hawthorne, Edgar Allan Poe (though he wrote only one unfinished magnificent novel in The Narrative of A. Gordon Pym), Henry James, and William Faulkner.

I am not trying to discourage my fellow countrymen from trying their own hand at the Great American Novel, but I think that before long the medium of the novel will no longer be as important as it once was. And then, a major consideration, who will still be around to read it?

Maybe the Great American Novel Will Be a Mystery …

Up until fifty or sixty years ago, the great American Novel would have been by someone like Ernest Hemingway, F. Scott Fitzgerald, or William Faulkner. Then something happened. Specifically what happened were writers like Raymond Chandler and Dashiell Hammett, followed by scores of other excellent mystery writers such as Ross Macdonald, James Ellroy, David Goodis, Jim Thompson, Cornell Woolrich, and Elmore Leonard.

I just finished reading Leonard’s Get Shorty, primarily because I loved the 1995 movie directed by Barry Sonnenfeld and starring John Travolta as Chili Palmer, the loan shark from Miami suddenly turned movie producer.

Renee Russo and John Travolta in Get Shorty

Recently, I just finished re-reading most of Raymond Chandler’s novels (except for Playback, which I’ll get to shortly). And I’ve been reading other mysteries and noir novels and enjoying them immensely. I am beginning to think that, years into the future, this will be looked at as a golden age of genre novels.

America’s contribution is mostly in the mystery genre, but there have been great science fiction classics, especially from Philip K. Dick (Do Androids Dream of Electric Sheep?) and Ray Bradbury, Ursula K. LeGuin, and Kurt Vonnegut, to name just a few. I will have to beg off on romance classics because, jeez, I’m a guy and the genre makes me alternatively giggle and puke.

If we eliminated genre novels from consideration, I would probably say that Herman Melville’s Moby Dick was the Great American Novel. But I don’t think we really should cut off the 20th Century American genre novel from a shot at the title.