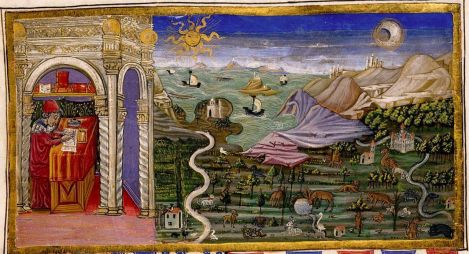 This is my first post since I promised to read several Arthurian manuscripts from the 11th and 12th centuries A.D. and report on my conclusions. The main conclusion is that we have been conditioned by later re-tellings of the legend to regard the tales as primarily Christian. That’s because the whole Matter of Britain including Arthur, the Holy Grail, Lancelot, and Camelot have been hijacked—first by Christian monks and then by Victorians such as Howard Pyle.

I am currently reading a work by the 12th century poet and troubadour Chrétien de Troyes entitled Lancelot, the Knight of the Cart (Lancelot, le Chevalier de la Charette). It contains what might be the earliest mention of Lancelot of the Lake, whose name is not even mentioned until halfway through the work. (Since there are so many unnamed knights in the work, it is difficult at times to follow the action.)

Lancelot Having Sex with Guinevere or Some Unnamed Damsel

In no other early Christian work does one find such unabashed indulgence in sex as one does in some of the earlier Arthurian romances. This seems to me somewhat contrary to Christian mores of the time, though probably not in actual practice. In Chrétien’s telling, several damsels want to give themselves to Lancelot, but he holds back because of his desire to rescue Guinevere from King Bademagu and his nasty son Meleagant, who kidnapped her. After Lancelot’s fight with Maleagant, the married Guinevere readily gives herself to the French knight:

Now Lancelot possesses all he wants, when the Queen voluntarily seeks his company and love, and when he holds her in his arms, and she holds him in hers. Their sport is so agreeable and sweet, as they kiss and fondle each other, that in truth such a marvellous joy comes over them as was never heard or known. But their joy will not be revealed by me, for in a story it has no place. 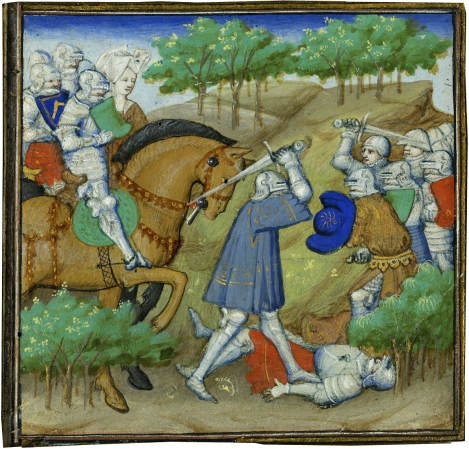 The adulterous love is only one element borrowed from earlier pagan myths. There is something rather suspicious about medieval knighthood. It seems to derive from Celtic and Germanic sources of powerful warriors, but glazed over with a Christian sugar-coating.