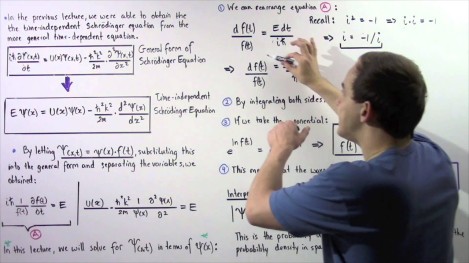 The Theory Has Been in Play for More Than a Century

Mention Quantum Theory to a non-scientist, and what you frequently get in response is a look of profound puzzlement. Even Einstein has weighed in against many of its premises by calling it “spooky action at a distance.” Elsewhere, he asserted that “God does not play dice.” I mean, if Einstein wasn’t on board with this, how could it be true?

Close to the center of the theory is what is called the Copenhagen Interpretation, proposed by Niels Bohr and Werner Heisenberg around 1925-1927. According to it, in the world of micro particles, there are no equivalent certainties to the world of big objects like stones, trees, or even planets. If you set up an experiment such as the one illustrated below in which a photon is fired at an opaque object in which two slits are cut, the end result on a receiving surface is not nice and predictable. At times, it will seem that a single photon will go through both slits simultaneously, which would seem to be impossible. At times, when light is shone through the slits, it will seem that the light will act as if it were a particle; other times, it will act as if it were a wave. 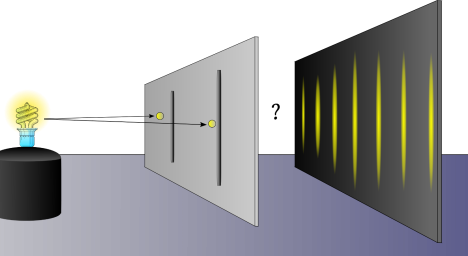 The Two Slit Experiment Presents a Multiplicity of Results

Every few years, I read another book on quantum theory to see what physicists are doing with it. Currently, I am reading Through Two Doors at Once: The Elegant Experiment That Captures the Enigma of Our Quantum Reality by Anil Ananthaswamy. Like most books on the subject, there is a heavy reliance on the history of the theory over the last hundred years or so, ending with experiments currently in play.

It’s hard to believe that such a simple experiment could flummox so many incredibly smart people, but it does. And it even still flummoxes me. 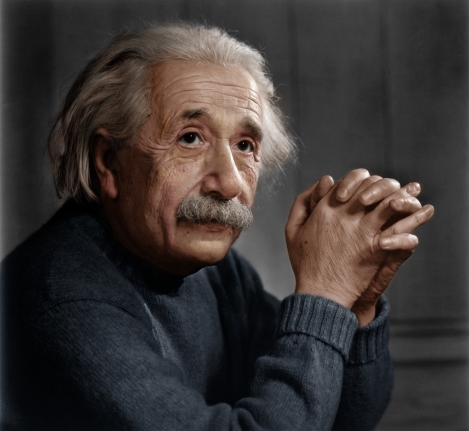 Einstein Just Couldn’t Wrap His Head Around It

There are more things in heaven and earth, Horatio, than are dreamt of in your philosophy—or even Albert Einstein’s philosophy.  It was not long after people were confused by Relativity than ever stranger things were being noticed by physicists. Here’s what drove the great physicist to exclaim, “God does not play dice!” and to call the whole affair spooky action at a distance:

How appropriate for Halloween!

Let me express it another way, according to RawStory.Com:

But let’s begin with the paper, published in Nature, which proves that the world is inherently spooky. All systems described by quantum mechanics can display so-called entanglement. For example an electron, like a coin, can spin in two directions (up and down). But two electrons can be entangled so that a measurement of the spin of one electron will define the spin of the other.

According to quantum mechanics, the spin of one electron cannot be known in advance of a measurement yet will be perfectly correlated with the other, even if it is in a distant location. Einstein didn’t like this because it seemed to imply that the information can be sent from one electron to the other instantaneously—breaking a rule that says nothing can travel faster than the speed of light. He instead thought that there were “hidden variables” encoded in each electron that could determine the result if only we could access them.

Things just got all crazy and non-intuitive from that point on. Could it be that “things” can exist whose parts are far apart yet could communicate instantaneously with one another? Could I flash a thought wave to my brother on Planet XZ-74Ah several light years distant and tell him to put a quarter in the parking meter because it’s about to run out? Is all really one in a way that proves Einstein wrong?

Check out this video from Doctor Quantum on the subject of entanglement, which is what this phenomenon is called.

Hmmm, maybe. Meanwhile, I have to let Schrödinger’s cat out of his box. 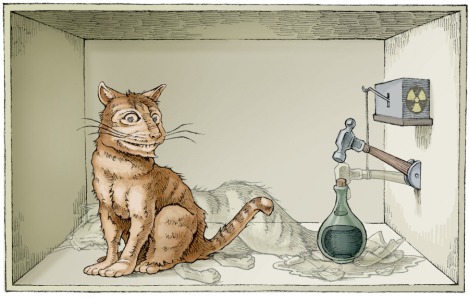 First, You Have to Understand About Schrödinger’s Cat

Vladimir Nabokov in his 1930 novelette The Eye seems to have anticipated Austrian physicist Erwin Schrödinger’s famous thought experiment of 1935. According to Wikipedia, it goes as follows:

Schrödinger’s cat: a cat, a flask of poison, and a radioactive source are placed in a sealed box. If an internal monitor detects radioactivity (i.e. a single atom decaying), the flask is shattered, releasing the poison that kills the cat. The Copenhagen interpretation of quantum mechanics implies that after a while, the cat is simultaneously alive and dead. Yet, when one looks in the box, one sees the cat either alive or dead, not both alive and dead. This poses the question of when exactly quantum superposition ends and reality collapses into one possibility or the other.

Naturally, most people do not entertain the notion of being alive and dead at the same time.  Yet in The Eye, the narrator Smurov commits suicide at the very beginning after having been ignominiously caned by the husband of his mistress Matilda. The rest of the story consists of Smurov investigating his own life among the Russian emigré population of Berlin, finding that he is roundly disliked by most everyone.

So, the question arises: Is Smurov alive or dead? Or is Smurov both alive and dead? (Or could the narrator be unreliable, having missed his heart with the revolver bullet?)

In an article in the May 2, 2015, issue of The New Scientist, Douglas Heaven speculates:

For [Physicist John Archibald] Wheeler, this meant the universe couldn’t really exist in any physical sense—even in the past—until we measure it. And what we do in the present affects what happened in the past—in principle, all the way back to the origins of the universe. If he is right, then to all intents and purposes the universe didn’t exist until we and other conscious entities started observing it.

Sound crazy? Then try this one on for size. Another interpretation of quantum mechanics is Hugh Everett’s many worlds hypothesis, which posits that everything that could happen has and does, in an infinite number of universes. Every time you make a decision, the universe splits in two, with you in one branch and an alternative you in the other, living the other possibility. The universe you occupy is, in some sense, an individual universe of your own making.

This idea is enough to give anyone a reality check. “My natural inclination is to be a realist,” says Chris Timpson, a philosopher of physics at the University of Oxford. “But if you’re going to be a realist about the quantum world then you’re left with a world that is very peculiar.” So peculiar, in fact, that the idea that it only exists because of us seems almost sensible.

There now, I’ll leave it up to you to decide whether Smurov is alive or dead or both. It all depends on your understanding of quantum mechanics in any universe you appear to be inhabiting at the moment, whatever THAT means!