As a young lad, I was a devoted collector of stamps. All those countries, colonies, and protectorates fascinated me. And it was around then that the rush to independence began with the Gold Coast becoming Ghana in 1957. But all the newly independent states lacked one thing: The portrait of the young and beautiful monarch of Britain, Queen Elizabeth II.

Oh, I know that the Queen is approaching her 96th birthday, and she looks it, waddled in her neon-colored cloth coats and matching outfits. But at one time, Elizabeth was a real looker, such that I would look for televised broadcasts in which she appeared.

The Bechuanaland Protectorate morphed into the independent nation of Botswana. When it became independent, it lost not only the queen, but its unpronounceable name.

I regarded Britain as cooler because it had such a cute queen. In contrast, when Germany had several colonies in Africa prior to the First World War, all they could display on their postage stamps was Kaiser Wilhelm’s yacht, the SMY Hohenzollern. B-o-r-i-n-g. I guess that’s why they lost their colonies in the war.

Just to give you an idea of just how cute the young Queen Elizabeth II really was, here is an old Pathé news video from YouTube: 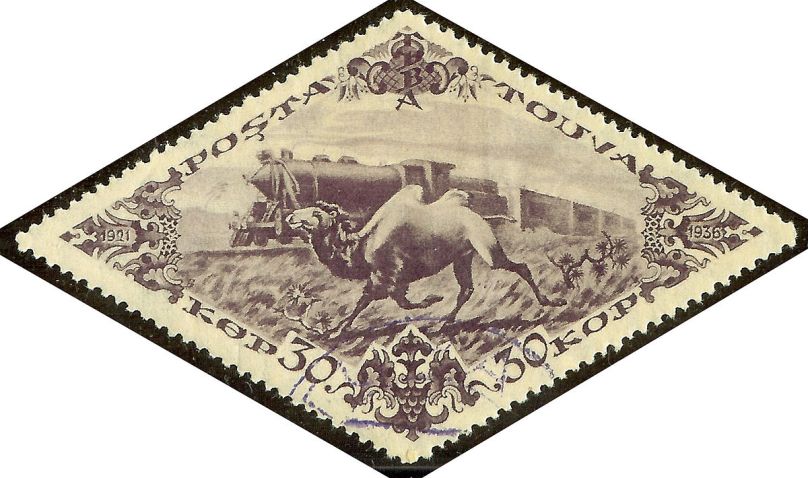 Very Nice, But There Were No Railroads in Tuva

Tuva was a region in central Asia between Russia and Mongolia, which in 1921, under Russian instigation, became the Tuvan People’s Republic. A treaty between the Soviet Union and the Mongolian People’s Republic in 1926 affirmed the country’s independence, although no other countries formally recognized it. In 1944, it was annexed to the Soviet Union as part of the Tuvan Autonomous Oblast and in 1961 became the Tuva Autonomous Soviet Socialist Republic. Its successor since 1992, the Tuvan Republic, is a member of the Russian Federation.

I remember reading a book in the 1990s about American physicist Richard Feynman’s failed attempts to visit Tuva, which were detailed in a book by Ralph Leighton entitled Tuva or Bust!: Richard Feynman’s Last Journey. Apparently he never got a visa approval before his final illness.

Some early Tuvan stamps may actually have been used postally, at least in the early days. Most, however, were issued in Moscow with picturesque settings to hard currency from capitalist collectors for Mother Russia. The stamp pictured above of a camel racing a railroad train was a bit fanciful, as there are no railroads in Tuva. Also, why wasn’t the text on the stamp in Cyrillic or even Mongolian letters?

I remember confronting an old family friend about his extensive collection of Tuvan postage stamps. A former postal employee, he became red in the face when told by a little boy that his Tuvan stamps were merely pretty paper. 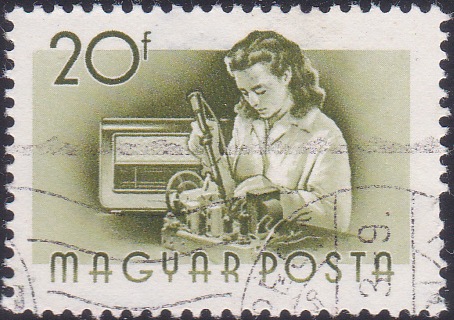 One would think that nothing can be so staid and stolid a pastime as stamp collecting. Mind you, it’s getting increasingly difficult since most stamps—in the U.S. anyway—are of the peel and stick variety. As a child, I remember soaking stamps still attached to pieces of envelope and postcard in lukewarm water to remove the gum. Then I carefully dried the stamps under a blotter weighted down with a book so the stamps wouldn’t curl. The end result was pretty presentable.

But then the Soviet block discovered CTO—short for canceled to order—with perfect cancellations that were printed right on the stamp which came without gum. In effect they were mint ungummed stamps.

Of course, mint never used stamps were more expensive. Putting them in albums caused a certain amount of existential angst. One could use a stamp hinge, but (horrors!) it left a mark on the gum. The option was to buy expensive mounts in which the mint stamps were wholly encased.

My guess is that there are relatively few stamp collectors left, and that they are mostly aging rapidly. What with smart phones and their ilk, kids are not interested in anything that requires patience, knowledge, and care. Too bad! I learned a lot from my old hobby and had lots of fun.

This is the first of several posts under the general heading of “Adventures in Stamp Collecting,” consisting of stories I remember from my collecting days.

Some of these stories are more interesting than they seem at first glance. 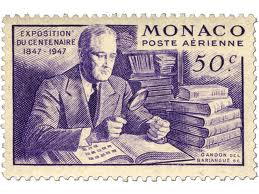 Until around the age of thirty or so, I was a stamp collector, specializing in the United States, France, and Vatican City. Then I gave up on the hobby around the time several million other collectors did, probably because we’re all more distracted now with all the new electronic media. Although I sold the cream of my 19th century U.S. collection on eBay, I still have most of my albums. Looking back on my collecting days, I realize that the hobby actually contributed a great deal to my development.

From a relatively early age, I learned how to recognize foreign countries by how they identified themselves, not how we identified them. As I Hungarian, I knew that Hungarian stamps said Magyarország, not Hungary. Many countries, such as those in the Arabian Peninsula, Greece, Eastern Europe and the USSR, East Asia, and Armenia did not use the Roman alphabet, so I had to identify them using other means. (Of course, back then, we did not have the Internet to help us.) Just to give an idea of the complexity of identifying stamps by country, here are a few examples:

The stamp illustrated below, for example, is from the USSR. But note that Russia was not the only country employing the Cyrillic alphabet: There was also Bulgaria, Serbia, the Ukraine, and other Eastern European stamp-issuing countries. 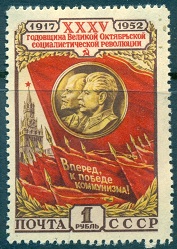 Also I learned about the currencies of those countries, such as Hungary’s own fillers, forints, and pengös. The above Russian stamp has a denomination of 1 ruble. Until recently, stamps of all countries adhered to a Universal Postal Union treaty that specified that the stamp bear a denomination in their local currency. Now, with the U.S. Postal Service’s “Forever” stamps, that convention is apparently no longer in force.

In addition, as a collector we had to be aware of fine printing details, such as those that characterized the issues of the American, Continental, and National Bank Note Companies in the 1870s in our own United States. These included secret marks, varieties in the number and spacing of perforations, paper and watermark variations. It was difficult but fun to find a more valuable Bank Note issue that had been wrongly classified by a seller or fellow collector.

No, I do not regret my stamp collecting days.