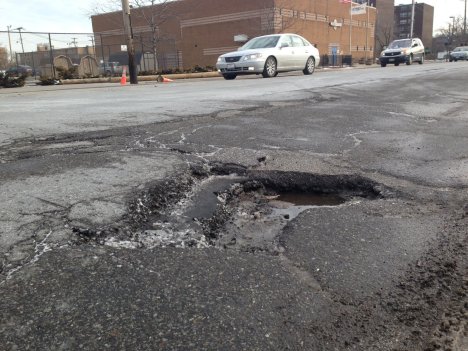 Why Are We Unable to See That Things Have Changed?

There is a wonderful sci-fi novel by Stanislaw Lem entitled The Futurological Congress. In it, the author imagines a world in which we think ourselves much better off than we actually are. The plot revolves around the discovery by one attendee at the Congress that everything is grim and broken down, only seeming to appear different because all of us have been drugged to see it that way. For instance, what appeared to be a gorgeous hotel room is actually a rat-trap of a tenement.

I keep thinking of the changes that have occurred over the last forty years. It all atrted in the 1980s, when we decided for some reason that crazy people no longer had to be institutionalized if they didn’t want it. (And really, who wants it?) The streets of Los Angeles started filling up with aggressively demented bums who slept on street corners on assailed everyone for “spare change.”

After that, it all started to plummet. Now America is divided between two political parties that are so far apart that they can only deal with each other across ramparts. Congress has become a joke; the Supreme Court, a haven for troglodytes; and the Executive Branch of government, a penalty for not “making it” in the outside world. Words like “patriotism” and “progressive” are bandied about by people who have lost all sense of irony.

Then there are the streets, such as the one illustrated above showing a pothole from my hometown of Cleveland. I am constantly changing my driving routes to avoid known agglomerations of potholes, steel plates, and construction zones replete with K-rails and orange cones. And alley ways … I don’t think Los Angeles has resurfaced any alleys since Eisenhower was President.

Whenever I visit a foreign country, I feel an acute sense of shame and inferiority. We still think of ourselves as the City on the Hill, a place for other countries to marvel at and emulate. But I guess we’ve all taken that drug that Stanislaw Lem writes about.

It really is a good book: You ought to read it.