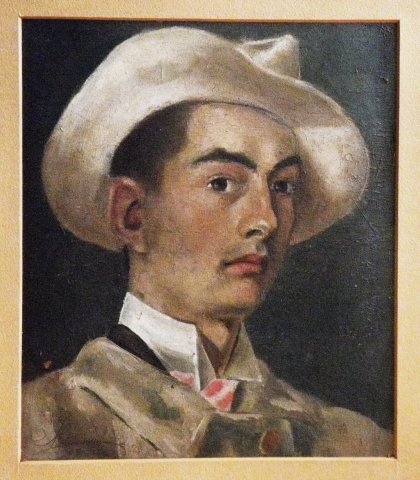 Béla Zombory-Moldován in His Early Twenties

Two days ago, I posted a blog entitled A Hungarian Artist Goes to War about the experiences of a young Magyar officer who was called up for the First World War on the Galician Front. In that post, I concentrated on Béla Zombory-Moldován’s paintings. Today, I would like to reprint a review of his memoirs about fighting the Russians in 1915. Entitled The Burning of the World: A Memoir of 1914, his book was translated by his grandson Peter and released by the New York Review of Books. Here is an edited text of my review from Goodreads.Com:

When the wounded Béla Zombory-Moldován went by train through Eperjes (now Presov) early in 1915, my father was nearby, a toddler at the age of three. I cannot help but wonder if he heard the train go by, carrying the wounded officers and men of the Royal Hungarian Army after its defeat to the Russians at Rava-Ruska.

BZM, as I shall call him, managed to survive and, in fact, managed to live for another half century, becoming one of Hungary’s most beloved artists. But in The Burning of the World: A Memoir of 1914, we see only a tiny slice of that life. Would that it were more! Supposedly the remainder of his autobiography was hidden or destroyed by a relative for personal reasons. 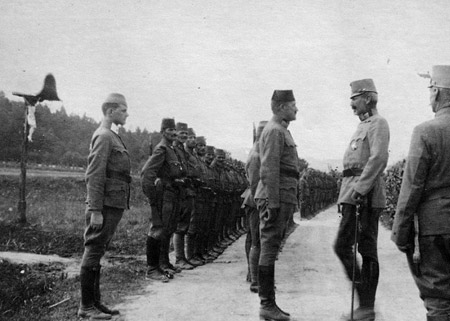 Hungarian Soldiers at the Front

We meet young Béla at a seaside resort in Croatia (then part of Hungary) the day that war is declared. Then we follow him to Veszprém, where he is called up to report, and from there to Galicia, where he engages in the battles at Rava-Ruska and Magierov. Wounded, he returns to Budapest where he has a month to recuperate before returning to duty. During that month, he visits a village priest relative in the north of Hungary, and then returns for a while to the Croatian Adriatic.

During this time, BZM came to a realization:

Nature slumbered, seemingly indifferent. Everything moved forward in accordance with unchanging laws; sleeping or waking, every struggle, in accordance with its slow, gradual, hidden evolutionary laws. Nature flowed on its course, impervious to the absurd behavior of men, their mutual slaughter and assorted acts of wickedness. The whole world was manifestly indifferent in the face of the life-and-death struggles of men: it neither took their side nor opposed them, but simply paid no attention. Let them get on with it. Let them reap what they sow.