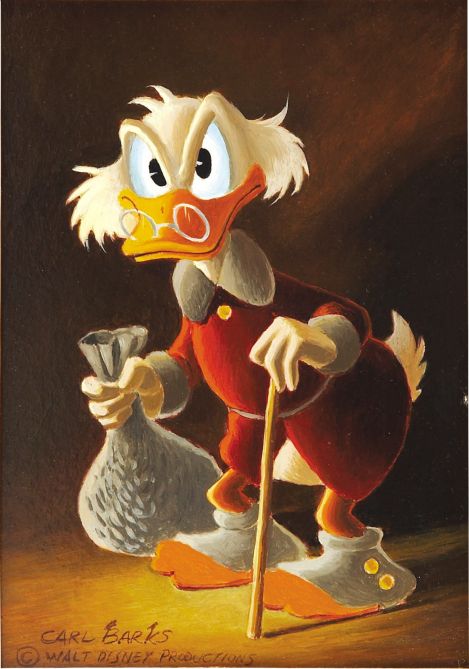 As a kid who loved to read, where do you suppose I found my most interesting stories? The answer is simple: I was a devout reader of Walt Disney’s Uncle Scrooge Comics, created by the redoubtable artist Carl Barks who created the character and illustrated so many great Scrooge and Donald Duck cartoons.

Another big fan of Barks’s work was George Lucas, who frequently borrowed incidents from the Scrooge archive, such as the rolling rock in Indiana Jones and the Raiders of the Lost Ark. And it is said that the musical Mackenna’s Gold was largely based on the “Seven Cities of Gold” episode.

Perhaps my favorite of them all was Barks’s explanation of how earthquakes happen. One day, when all the money from Uncle Scrooge’s huge money vault disappears underground (a plot device he used often), the tycoon travels with Donald and his three nephews, Huey, Dewey, and Louie, to discover the cause.

The episode entitled “The Land Beneath the Ground” speculates that under the earth are two types of apodal (legless) creatures that, together, cause the shaking and rolling characteristics of temblors. They are called “Terries” and “Firmies” respectively. Fortunately, Huey, Dewey, and Louie find the answers to all their problems in their voluminous Junior Woodchucks Handbook and save the day, and their uncle’s treasure.

I should get a copy of that for my library!