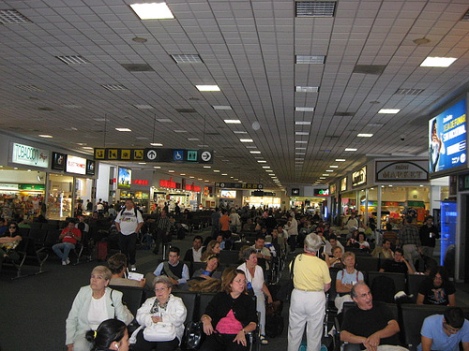 It all started in 1979. My brother and I were booked on a flight to Villahermosa, Mexico, one of the less enchanting cities of that great land. Suddenly, our flight disappeared off the departure screens, followed by a garbled PA announcement in Spanish. Dan and I looked at each other, and right then and there, we developed the notion of traveling by Mexican Rules.

Consequently, we hunkered down in our seats and waited for new developments. We disbelieved all announcements until we heard one (that was actually clear) that said our “canceled” flight was boarding at Gate 72. We hurried over to the gate and, sure enough, the flight was boarding; and its destination was the unlovely swamp city of Villahermosa. Within two hours, we were landed.

(It turned out that was only the beginning of our problems: We had to find a room in a city where all hotel rooms were block-booked by the Pemex oil monopoly employees. But that’s another story.)

The point I am trying to make is that one has to make allowance for mass confusion, not only when traveling, but even at home. A week ago, we had a freak rainstorm that forced the evacuation of the high rise in which I work. Until I received authoritative word from the building management, I heard no end of estimates of how long it would be before we could return to our offices. They ranged from one hour to two or three hours to half a day. In the end, the building was shut down for the day until the fire department and the Department of Water & Power was sure the transformer in the parking garage would not be flooded.

So when I am in Argentina and Chile in November, I will still be traveling by Mexican Rules. It’s the only way to fly.