The photo above is of a snake devouring a lizard in Paraguay’s Gran Chaco, one of the most desolate areas on earth. And yet Paraguay gave birth to Augusto Roa Bastos (1917-2005), author of  The Son of Man and I the Supreme, two works that would be better known if their author were not from Paraguay.

Iceland’s claim to fame is the Nobel-Prize-winning novelist Halldór Kiljan Laxness (1902-1998), who wrote many novels that were translated into English, the most famous of which is Independent People. And yet his name is frequently mentioned by people who are carping about the Nobel Prize Committee’s penchant for obscure works. In this case, however, they were dead wrong; and the critics have some learning to do.

Talk about obscure, what about Bosnia? That little country’s literary star is Ivo Andrić  (1892-1975), whose most famous work is The Bridge on the Drina, a work which I think is necessary if you want to understand the tragic and horribly snarled history of the Balkans. 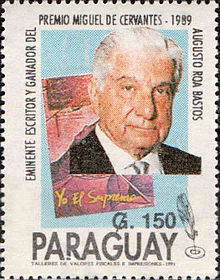 The doyen of South African literature is J. M. Coetzee (1940-Present), author of Waiting for the Barbarians and other excellent novels, plus several penetrating collections of literary essays.

Peru’s most famous author is Mario Vargas Llosa (1936-Present) who is his country’s only Nobelist, and who is also famous for having beaten up Colombia’s most famous author Gabriel García Márquez (1927-2014) in an argument over a woman’s honor. Gave him quite a shiner, in fact!

I guess the point I am trying to make is that it’s worth the effort to go farther afield than those well-traveled paths through the United States, England, and France. I made made many literary discoveries in strange places—a practice which I definitely intend to continue.

A corollary to this: There are many small countries which have rich literatures. Hungary and Portugal immediately come to mind. But there is also Australia, which I am finding is quite the treasure trove.