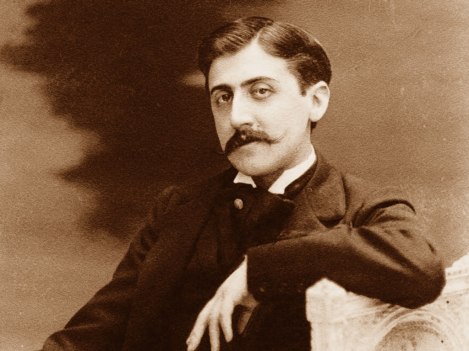 It is always interesting to read one great writer’s judgment on another. Such was François Mauriac about his meeting in February 1918 with Marcel Proust:

He seemed rather small to me, stoopshouldered in his tight-fitting jacket, his thick black hair shadowing his pupils, dilated, it appears, by drugs. Stuffed into a very high collar, his starched shirtfront bulging like a breastbone, he cast on me a nocturnal eye whose intensity intimidated me.

At the end of the great first chapter in his book Proust’s Way, Mauriac pays homage to the brilliance of his colleague:

The integral history of a young life, of its loves, its friendships, its weaknesses, its intellectual or religious crises, offers the vast proportions of the history of the ideas and customs at a certain epoch as they are reflected in a single spirit. And a long old age would not be enough to complete the account or to exhaust its drama.

As I slowly wend my way through A la recherche du temps perdu—for the third time—I can vouch for that. I will never be finished with his intense vision of the life of one particular individual and his milieu some century and a quarter ago in a distant European country.