Home » art » Outliers: From Slavery to the Art World 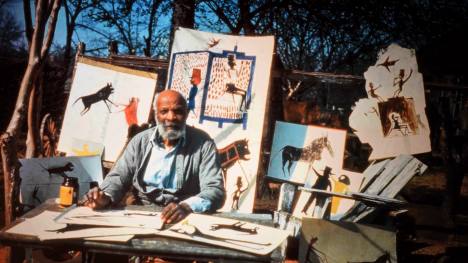 Bill Traylor was born in Benton, Alabama, where his parents were slaves of a white cotton grower named George Hartwell Traylor. It was only when Traylor was in his seventies that his work began to be noticed. His first show was in 1942, when the artist was in his eighties. By this time, he had only a few years left to him. 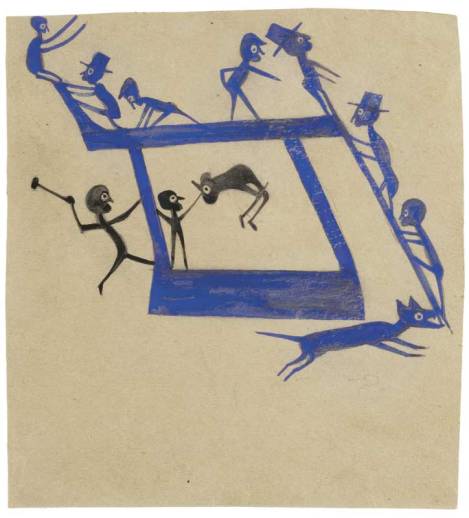 An American primitive, Traylor painted both rural and urban scenes containing people, animals, and plants. Some of his works are on irregularly-shaped backgrounds, as you can see from the top photo.

Some people get enthusiastic about abstract expressionism. I for one do not. Bill Traylor’s drawings speak volumes nto me. Jackson Pollock and Mark Rothko do not.