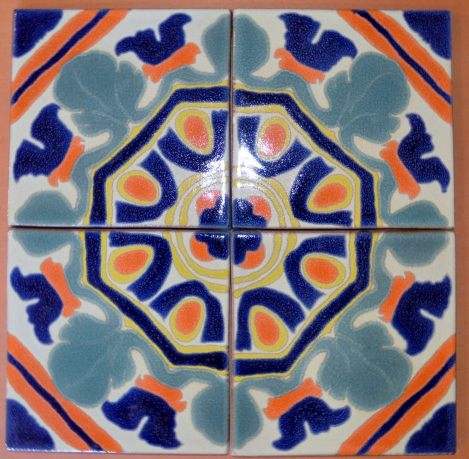 Tile from the Famed Malibu Potteries

Today, Martine and I paid a visit to the Adamson House and Malibu Lagoon Museum. Some houses are famous because of their architects; the Adamson House, on the other hand, is known for its lavish use of tiles throughout the house and the beautiful views on all sides. The builders of this 1930 Spanish colonial style house—the Rindges—were also the owners of Malbu Potteries which, for a number of years, produced beautiful floor and wall tiles from 1926 to 1932.

Ideally sited where Malibu Creek meets the Pacific Ocean, the Adamson House has beautiful views on all sides, including the Lagoon, the Santa Monica Mountains, and the California coastline extending many miles south to the Palos Verdes Peninsula. 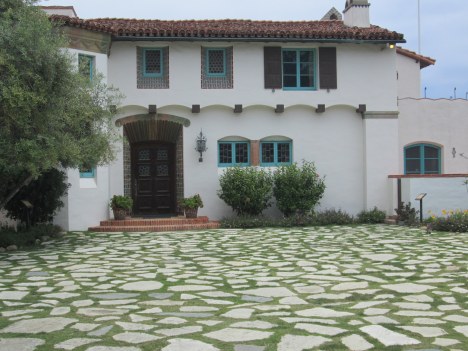 The Rindge family at one time owned the entire Rancho Topanga Malibu Sequit with its 13,000 acres of prime coastline. By a string of lawsuits they kept the major railroads from building along the coast, while at the same time building their own twelve miles of track, which were never integrated into the main passenger and freight routes. (Today there is no trace of them.)

It is due to their efforts that the main rail routes go inland to downtown L.A. and then west across the Conejo Valley to Oxnard. 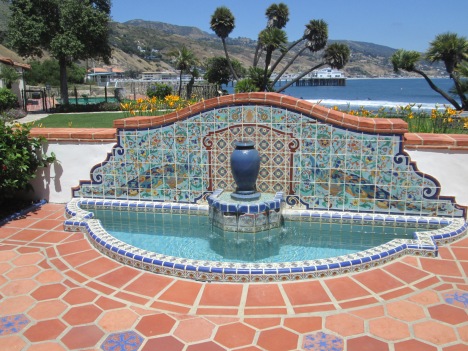 Today the Adamson House is a prime location for romantic weddings. As we left, there was one setting up for the late afternoon.