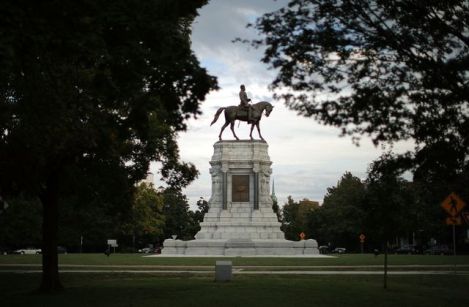 Statue of Robert E. Lee on His Horse Traveller in Richmond

Liberals sometimes exhibit some nasty, ultimately destructive traits. I am dismayed by the current trend of paving over any tribute to Confederate heroes. Many of these Confederate heroes, I believe, deserve to be commemorated. The Commander of the Army of Northern Virginia, Robert E. Lee, was by his lights a good man. So what if he owned slaves? He was a great military leader. Given what he had to work with, he was better than any general on the winning side.

General Braxton Bragg, after whom Fort Bragg is named, was nowhere near as deserving as Lee, but he was no ogre deserving only of ignominy. Even the memory of Nathan Bedford Forrest, the greatest cavalry general of the Civil War and the founder of the Ku Klux Klan, deserves to be honored—for some things.

There are no statues honoring Henry Wirz, the Swiss-born commandant of Andersonville Prison, who was the only Confederate officer hanged for murder after the war—and deservedly so.

I love reading about the War Between the States, and I honor the memory of the South’s greatest generals. Why mess with statues honoring them? Why change the name of Fort Bragg? Why ban the Confederate battle flag on NASCAR vehicles and displays? I am perfectly willing to coexist with history, even if some of my political allies are not.

Christopher Columbus Is Also in Danger of Having His Reputation Erased

Christopher Columbus is being eclipsed for the same reason. Again, by his lights, Columbus behaved like most Europeans loose in the New World. He was not an extraordinarily bad man like Pedro de Alvarado or Nuño Beltran de Guzmán, whose bloody careers led to the death of thousands of Mexican and Central American natives. I might not recognize Columbus Day as a major holiday, but few people do. But any attempt to blot out the history of his times only does all of us a disservice.

Who’s next to go? Thomas Jefferson? Abraham Lincoln? Where does it all stop?