Here is one of my favorite dog poems. It is by Thomas Hardy, who is better known for his novels than his poetry. Wessex was the name of Hardy’s dog, and it is also the scene of his novels, such as Return of the Native and Tess of the Durbervilles.

A Popular Personage at Home

I leant upon a coppice gate
When Frost was spectre-grey,
And Winter’s dregs made desolate
The weakening eye of day.
The tangled bine-stems scored the sky
Like strings of broken lyres,
And all mankind that haunted nigh
Had sought their household fires.
The land’s sharp features seemed to be
The Century’s corpse outleant,
His crypt the cloudy canopy,
The wind his death-lament.
The ancient pulse of germ and birth
Was shrunken hard and dry,
And every spirit upon earth
Seemed fervourless as I.
At once a voice arose among
The bleak twigs overhead
In a full-hearted evensong
Of joy illimited;
An aged thrush, frail, gaunt, and small,
In blast-beruffled plume,
Had chosen thus to fling his soul
Upon the growing gloom.
So little cause for carolings
Of such ecstatic sound
Was written on terrestrial things
Afar or nigh around,
That I could think there trembled through
His happy good-night air
Some blessed Hope, whereof he knew
And I was unaware.
34.052234
-118.243685 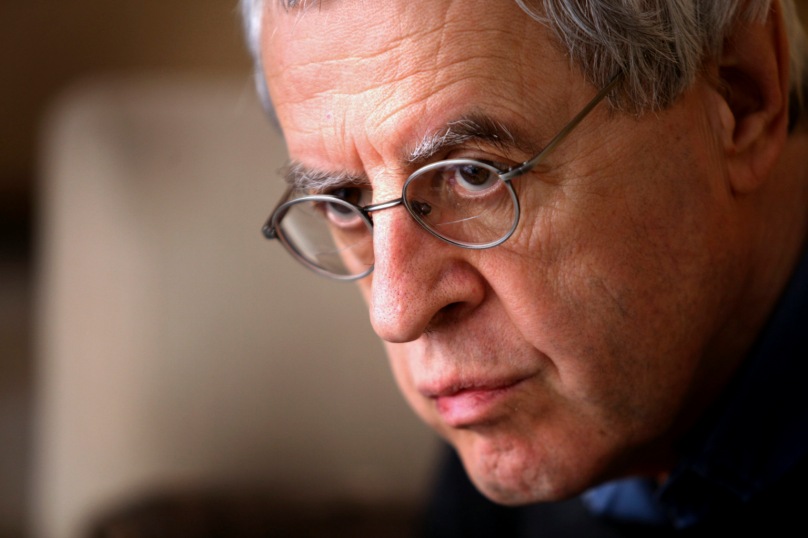 Born in Belgrade, Serbia, Душан “Чарлс” Симић (better known today as Charles Simic) is probably one of our best poets. There is a simplicity and strength in his lines, which are usually blank verse. He received the Pulitzer Prize for poetry in 1990 for his collection The World Doesn’t End, and was a finalist in both 1983 and 1986. In 2007, he was appointed Poet Laureate.

Below is his poem entitled “Clouds Gathering,” which takes a romantic setting and sees beyond it the threats to happiness that all men face:

It seemed the kind of life we wanted.
Wild strawberries and cream in the morning.
Sunlight in every room.
The two of us walking by the sea naked.

Some evenings, however, we found ourselves
Unsure of what comes next.
Like tragic actors in a theater on fire,
With birds circling over our heads,
The dark pines strangely still,
Each rock we stepped on bloodied by the sunset.

We were back on our terrace sipping wine.
Why always this hint of an unhappy ending?
Clouds of almost human appearance
Gathering on the horizon, but the rest lovely
With the air so mild and the sea untroubled.

The night suddenly upon us, a starless night.
You lighting a candle, carrying it naked
Into our bedroom and blowing it out quickly.
The dark pines and grasses strangely still.

I love the last line, which reminds me of Thomas Hardy’s poem “The Subalterns,” in which nature apologetically admits to its unfortunate role as contributing to man’s suffering. 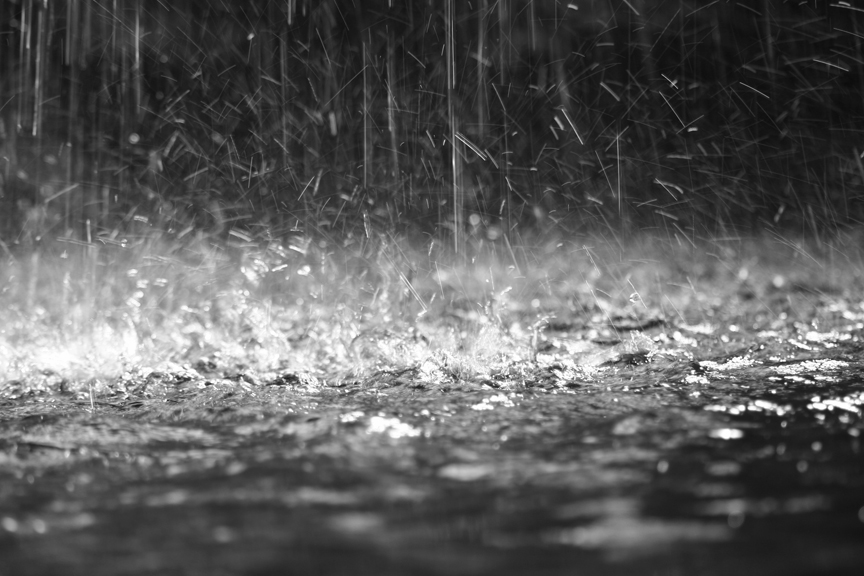 Rain as a Subaltern

Thomas Hardy is not one of our most widely-read poets. If anything, people are far more familiar with his novels, such as Jude the Obscure, Tess of the D’Urbervilles, and Far from the Madding Crowd. Fortunately, after years of neglect, his poems are coming into their own. The other night, I was reading an essay on the 20th century Russian poet Joseph Brodsky in J. M. Coetzee’s Stranger Shores: Literary Essays 1986-1999, and I came across the following:

[Joseph] Brodsky’s system can best be illustrated from the essay on Thomas Hardy. Brodsky regards Hardy as a neglected major poet, “seldom taught, less read,” particularly in America, cast out by fashion-minded critics into the limbo of “premodernism” (On Grief, pp. 373, 315, 313)

It is certainly true that modern criticism has had little of interest to say about Hardy. Nevertheless, despite what Brodsky says, ordinary readers and (particularly) poets have never deserted him. John Crowe Ransom edited a selection of Hardy’s verse in 1960 [I have a copy]. Hardy dominates Philip Larkin’s widely read Oxford Book of Twentieth-Century English Verse (1973), with 27 pages as opposed to 19 for Yeats, 16 for Auden, a mere 9 for [T. S.] Eliot. Nor did the Modernist avant-garde dismiss Hardy en bloc. Ezra Pound, for instance, tirelessly recommended him to younger poets. “Nobody has taught me anything about writing since Thomas Hardy died,” he remarked in 1934.

Here is my favorite of Hardy’s poems. Picture a man struggling to walk through a rainstorm:

“Poor wanderer,” said the leaden sky,
“I fain would lighten thee,
But there are laws in force on high
Which say it must not be.”

–“I would not freeze thee, shorn one,” cried
The North, “knew I but how
To warm my breath, to slack my stride;
But I am ruled as thou.”

—“To-morrow I attack thee, wight,”
Said Sickness. “Yet I swear
I bear thy little ark no spite,
But am bid enter there.”

—“Come hither, Son,” I heard Death say;
“I did not will a grave
Should end thy pilgrimage to-day,
But I, too, am a slave!”

We smiled upon each other then,
And life to me had less
Of that fell look it wore ere when
They owned their passiveness.

Hardy can be at one and the same time incredibly simple and incredibly deep. At the same time, we have sickness and death acting with compassion against the poor traveler. Who can write such a poem today?

Cover of Tess of the D’Urbervilles

The past was past; whatever it had been it was no more at hand. Whatever its consequences, time would close over them; they would all in a few years be as if they had never been, and she herself grassed down and forgotten. Meanwhile the trees were just as green as before; the birds sang and the sun shone as clearly now as ever. The familiar surroundings had not darkened because of her grief, nor sickened because of her pain.

She might have seen that what had bowed her head so profoundly—the thought of the world’s concern at her situation—was founded on an illusion. She was not an existence, an experience, a passion, a structure of sensations, to anybody but herself. To all humankind besides Tess was only a passing thought. Even to friends she was no more than a frequently passing thought. If she made herself miserable the livelong night and day it was only this much to them—’Ah, she makes herself unhappy.’ If she tried to be cheerful, to dismiss all care, to take pleasure in the daylight, the flowers, the baby, she could only be this idea to them—’Ah, she bears it very well.’ Moreover, alone in a desert island would she have been wretched at what had happened to her? Not greatly. If she could have been but just created, to discover herself as a spouseless mother, with no experience of life except as the parent of a nameless child, would the position have caused her to despair? No, she would have taken it calmly, and found pleasure therein. Most of the misery had been generated by her conventional aspect, and not by her innate sensations.—Thomas Hardy, Tess of the D’Urbervilles