Ushuaia, Argentina is the southernmost city on Earth. There is one town which is further south by a few miles: Puerto Williams, Chile, which is mostly a Chilean naval base. I have never been to Puerto Williams, but I did pass by it on a boat ride on the Beagle Channel to Estancia Harberton. Below is as close as I could get to Puerto Williams without going through Chilean customs:

The whole Tierra Del Fuego area, both in Argentina and Chile, is endlessly fascinating. That’s where the Andes comes to an end, sputtering out by Ushuaia and the Dientes de Navarino in Chile. In the above picture, thee are high mountains behind Puerto Williams that are mostly hidden in cloud, though you could make out the rough outline of their summits.

Mark Twain once wrote, “If you don’t like the weather in New England, wait a few minutes.” That is even more true of Tierra Del Fuego. After all, my last day in Ushuaia in 2006 (it was November 15 to be exact), dawned fair and turned into a blizzard. You may say, “Well, it was November, after all!” We were, however, in the Southern Hemisphere, so it was supposed to be like May in the Northern Hemisphere. The truth is, it can snow on any day of the year in Ushuaia.

There are compensations. The cuisine includes king crab (centolla), which is widely available at reasonable prices. The city is chock full of museums, most prominently the so-called Maritime Museum, which was built as a prison to house Argentina’s most dangerous criminals, including Simon Radowitzky, the anarchist responsible for killing a ranking police officer. Ushuaia was for many years Argentina’s Alcatraz.

Ushuaia was where I broke my shoulder in a blizzard. (That’s why I remember November 15, 2006.) The location was the corner of Magallanes and Rivadavia, where I slipped on ice and fell hard with my shoulder on a high curb. They have since put up a traffic signal there, so it is easier to cross the road.

Looking Across the Beagle Channel Toward Isla Navarino

This is a picture I took a little more than ten years ago on November 15, 2006, the day I broke my shoulder at one of the ends of the earth. That day, I took a cruise on the Beagle Channel to Estancia Harberton, a place of great importance in the history of Tierra del Fuego. The channel was named after the ship that bore Charles Darwin on his five-year cruise around the world, sailing under Captain FitzRoy. It was here—and not the more northerly Straits of Magellan—that the HMS Beagle cut between what is now the Argentinean Tierra del Fuego and the Chilean Isla Navarino, where the southernmost town in the world, Puerto Williams, is situated.

The weather was starting to get bad, so bad that our motorized catamaran, the Moreno Jr., dropped us off at Harberton; and a bus was called for from Ushuaia to take us back. By the time we approached town, not only was it slowing heavily, but the waters of the channel were getting increasingly choppy. It was that snowstorm that iced the streets of Ushuaia and made me fall shoulder first into a high curb at the intersection of Magallanes and Rivadavia.

Now here’s the real story. This was the real beginning of my love for Argentina. Motorists stopped for me and called an ambulance on their cell phones. I was well taken care of at the local hospital; and the owner of the bed & breakfast where I was staying helped me in every possible way, to the detriment of her own business. Even as I left the country from Buenos Aires’s Ezeiza Airport, the security people didn’t make a big deal of signing my name on the forms, as my writing arm was in a sling.

On this grim day, I fell in love with a country and returned there twice. And, with luck, I will return again. Regardless of the weather. 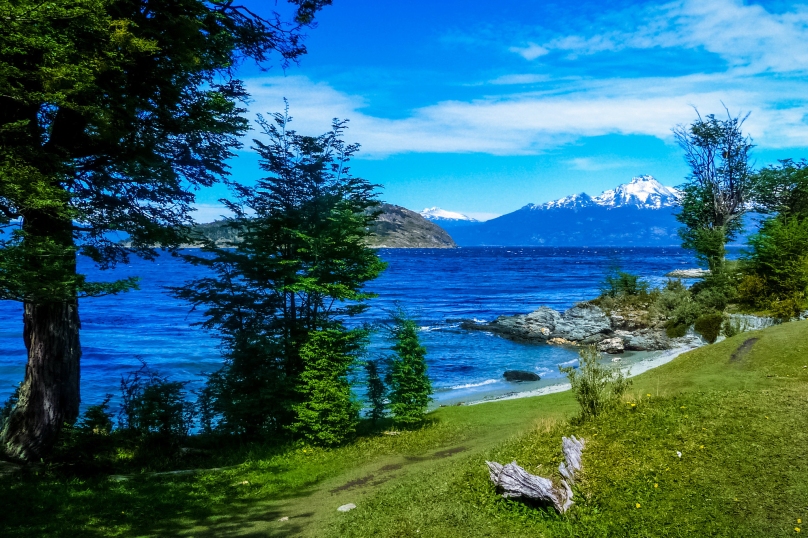 The South Atlantic Near Ushuaia

Even while I am planning my Ecuador trip, I am hinking of returning to Argentina. It is almost like another home to me, after three visits. This time, I am interested in traveling down RN 3 along the South Atlantic from Buenos Aires all the way down to Tierra del Fuego and Ushuaia (in Argentina) and Punta Arenas (in Chile). That is slightly over 3,000 kilometers. I may even fly to Puerto Williams in Chile, the absolute southernmost inhabited town in the world. Then I would fly back to Buenos Aires.

Along the way there would be the following stops: 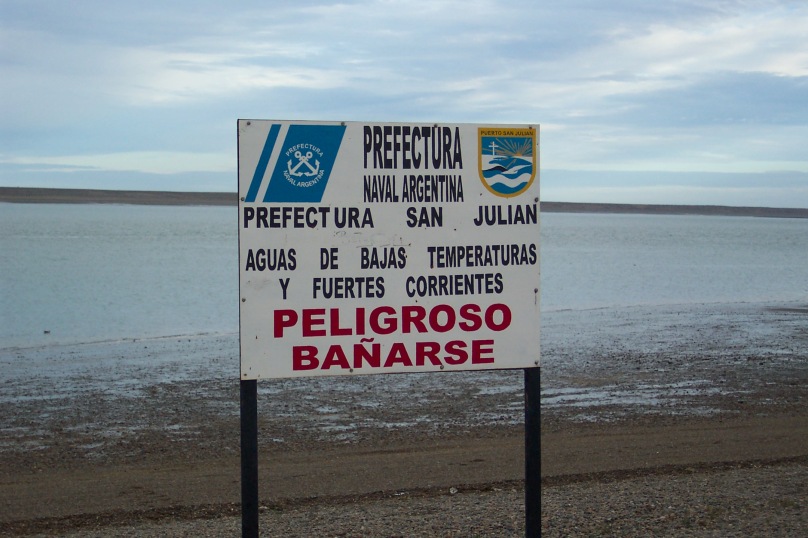 The South Atlantic Is Not for Swimmers

Now that I’ve come to understand the long distance buses in Argentina, I know I’ll be able to travel in comfort and at a relatively low price. The longest stretches would be between Rio Gallegos and Ushuaia and between Buenos Aires and Bahia Blanca.

Except for Buenos Aires, Puerto Madryn, and Ushuaia, most of the above cities are off the tourist route. I could live with that.