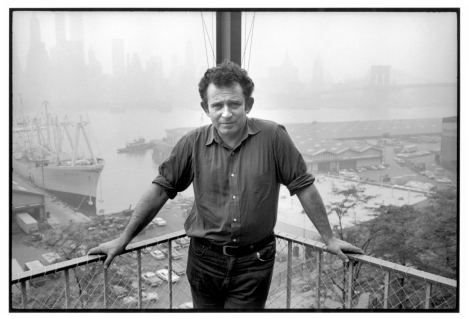 As I read the words, I felt the hairs on the back of my neck rising. The book was Norman Mailer’s The Armies of the Night (1968), about a demonstration against the Pentagon against the Viet Nam war. At the time, I was also under the political influence of another Norman, my late friend Norman Witty, who was very active with the Los Angeles draft resistance movement.

This is a good look at the sort of thing that influenced me some half a century ago:

On a day somewhat early in September, the year of the first March on the Pentagon, 1967, the phone rang one morning and Norman Mailer, operating on his own principle of war games and random play, picked it up. That was not characteristic of Mailer. Like most people whose nerves are sufficiently sensitive to keep them well-covered with flesh, he detested the telephone. Taken in excess, it drove some psychic element of static ino the privacies of the brain; so he kept himself amply defended. He had an answer service, a secretary, and occasional members of his family to pick up the receiver for him—he discouraged his own participation on the phone—sometimes he would not even speak to old friends. He had the idea—it was undeniably oversimple—that if you spent too much time on the phone in the evening, you destroyed some kind of creativity for the dawn. (It was taken for granted that nothing respectable would come out of the day if the morning began on the phone, and indeed for periods when he was writing he looked on transactions vis telephone as Arabs look upon pig.)

To this day, I still feel that way about receiving telephone calls. Was it Mailer’s influence? Or is it some ornery impulse that makes it all right for me to make a call, but a damned imposition to receive one?

I was so impressed by Mailer writing about himself in the third person, with his occasional wry asides, that for many years I thought of him as America’s best essayist. Curiously, to this day I have not read any of his fiction, even his famous WW2 novel, The Naked and the Dead. Well, maybe later.

Chinese Troops in the Sino-Vietnamese War of 1979

Once the U.S. abandoned Saigon to the Viet Cong in 1975, we seem to have lost all interest in Southeast Asia. There was, however, a lot happening. The Pol Pot regime in Cambodia, which was supported by the Chinese, was engaged in genocide on a massive scale. Also, we must not forget at that time that the Sino-Soviet conflict was at its height: The Russian-Chinese border fairly bristled with guns and military units. At the time, the Hanoi government had a military alliance with the Soviet Union. When Vietnam invaded Cambodia and deposed the Khmer Rouge, China decided to punish its neighbor to the south.

On February 17, 1979, somewhere between 200,000 and 600,000 troops of the Peoples’ Liberation Army (PLA) invaded North Vietnam and occupied the all territory for approximately twenty miles south of the border. It appears that China either wanted to test the alliance with Russia or divert the crack Viet military units engaged in Cambodia—or both, or neither. A number of reasons have been adduced for this incursion, and China wasn’t owning up to its motivation for so doing. Vietnam met the attack by the 1st and 2nd military regions—essentially militia—under the command of Dam Quang Trung and Vu Lap. The number engaged of the Vietnamese forces was a fraction of the Chinese force, but it inflicted heavy casualties on the PLA, and suffered heavy casualties in return. (The numbers vary depending on whether one is following Chinese or Vietnamese statistics.) 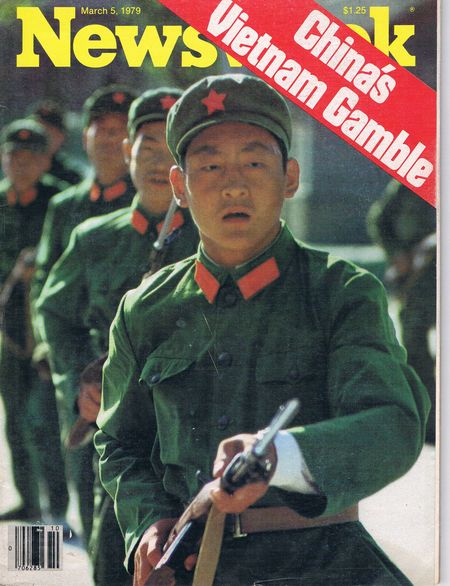 When I heard that, after thirty-five years of relative peace, the Chinese are once again testing the resolve of the Vietnamese by drilling an oil well off the Paracel Islands in the South China Sea, which are claimed by both nations, my antennae started to tingle. Tiny uninhabited islands are big news these days, mainly because they extend the territories claimed by adjoining land powers. Claiming a tiny rock can extend one’s territorial waters by literally thousands of square miles. And both China and Vietnam need all the oil they can get.

The Vietnamese responded by rioting and attacking Chinese within their borders, along with the businesses they ran. China has been chartering flights to evacuate its nationals from Vietnam.

Although the PLA is huge, it is largely untested in battle. The Sino-Vietnamese War of 1979 was probably the largest military conflict it faced in the last half century—and it did not fare too well faced with a smaller number of Vietnamese militia. At that time, one must remember that the Vietnamese had been at war ever since the end of World War Two and, as a people, were probably as battle-hardened as one could be.

It would be interesting to see whether China is willing, once again, to test Vietnam’s resolve.

He was the greatest military figure of the Twentieth Century. In turn, he defeated the Armed Forces of France at Dien Bien Phu in 1953, and of the United States in 1975. Oh, and along the way, he defeated the Chinese Red Army in 1979, when they decided to invade Viet Nam in response to the latter’s occupation of Cambodia in 1978. And he cheated death for 102 years, dying today in Hanoi.

I could only wish the United States had produced a military leader as accomplished as Giap; but whenever they tried to, they ran into the hide-bound Pentagon and Washington bureaucracy. People like Billy Mitchell, George S. Patton, and Douglas MacArthur had the potential; but they did not have the political backup.

So, General Giap, I toast you as an honorable enemy!

The United States has probably the most powerful military in the world—provided, of course, that it is used to fight the battles of the Second World War over again. You know what I mean: Those large set-piece battles with penetrations, encirclements, flanking maneuvers, the whole West Point 101 ball of wax.

Too bad that the wars we have gotten entangled in since the Second World War do not play to our strengths. One doesn’t need a college degree in military science to appreciate the following factors:

The thought keeps hitting me between the eyes: If we’re so stupid about it all and keep making the same mistakes over and over again, why do we even bother? What do we accomplish?