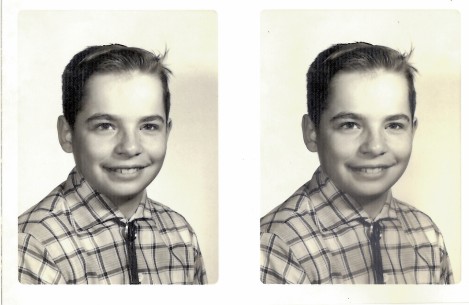 Here I am at the age of ten or thereabouts. At the time, I was a student at St. Henry’s School on Harvard Avenue in Cleveland. My enjoyment of Christmas at the time depended on whether the people buying me gifts wanted to please my parents—or whether they wanted to please me. I remember asking my Mom’s friend Edith Antal to buy me comic books instead of clothes, which she graciously (and I think gratefully because of the price) did. Some people, such as my maiden Aunt Margaret—we called her Nana—bought me clothes all the time. Best of all was my Uncle Emil, who would give me a twenty-dollar bill. After being sworn to buy something useful, like clothes, I would gleefully buy something I wanted instead.

We would spend every Christmas Eve at my Uncle’s house in Novelty, Ohio. My Dad and my uncle, being identical twins, were inseparable. It was a long ride down Kinsman Road to Route 306 in Geauga County, where we would take a left and then a right on Marden Drive. There my Uncle Emil had a ranch house which he designed himself. I remember a long dark corridor leading to the bedrooms. There we all were: My Mom and Dad, Uncle Emil, Aunt Annabelle, Nana, and my cousins Peggy and Butch. While the adults talked about things that were of little interest to me, my cousins and I would shoot pool in the basement. 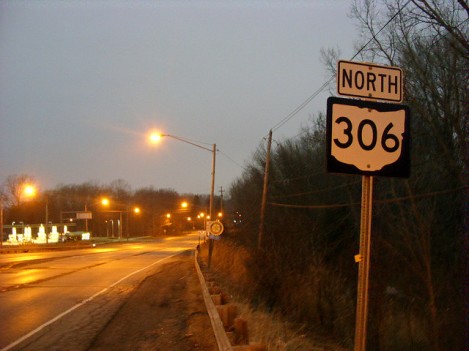 Then we would go up for dinner, which was never as good as what we got at home: Aunt Annabelle always preferred convenience to quality. Then we would exchange gifts in the living room. As long as I got my twenty, I was happy. When the gifts were all clothing, I was miserable. In any case, I was usually in pain by that time because of my allergies. My uncle had a cat and dog to which I reacted violently. I would sneeze and develop an asthmatic wheeze, while my eyes itched and watered.

This whole thing was re-enacted so often that I never really had any great expectations of Christmas as a holiday. My Uncle never came over to our house on East 176th Street because he was the wealthier of the two brothers, being the owner of the Metal Craft Spinning Company in the Flats downtown, and rather liked playing the baronial lord and master. It was all right, because I liked my uncle. He was often funny, while my Dad took things too seriously. The sad thing was that, being twins, they died within months of each other in 1985-86 of the same medical conditions.

One thought on “Christmas in Cleveland”