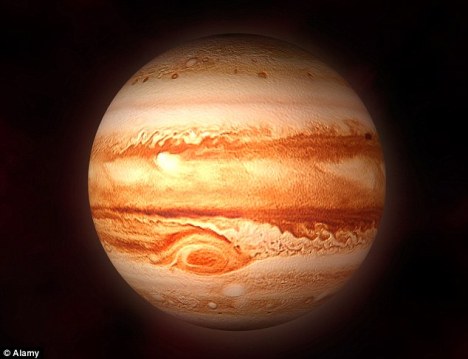 The Great Red Spot on Jupiter Is Beginning to Disappear

What with the glaciers shrinking and the ozone hole growing ever larger, we are dismayed to learn that the Great Red Spot on Jupiter is likewise beginning to shrink. In the late 19th Century, it was estimated to be 25,500 miles wide. Beginning in 2012, it’s less than half that size, now only 10,250 miles across. According to CBS News:

Michael Wong, a scientist at the University of California, Berkeley, told The Associated Press that the spot is a mystery. Astronomers don’t know why it’s red or shrinking, or what will happen next. If this pace continues, in 17 years the spot could be gone. Or it could stop at a smaller size.

The Great Red Spot is actually a giant storm, perhaps the planetary equivalent of a Polar Vortex. If the storm vanishes, will we be up to our ears in displaced Jupiterians? Will the giant planet wobble out of orbit and come crashing down into our part of the Solar System? Or is it an environmental phenomenon that has nothing to do with us and wouldn’t affect us for the next several million years? No one knows.

Perhaps our space program can enlist some volunteers to land on the harsh ammoniac surface of the planet and suss things out. I know several hundred people in Washington, DC who would be perfect for the job.