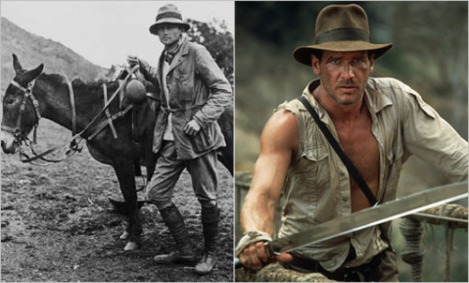 He came to my attention as the self-proclaimed discoverer of the ruins of Machu Picchu in Peru, which I hope to visit later this year. He came upon the ruins in 1911, thinking he was the first—even though they appeared on an 1874 map. No matter. Even if he was wrong, Bingham did a great job publicizing the ruins using his association with Yale University and the National Geographic Society. Among other things, he wrote an excellent book entitled Lost City of the Incas: The Story of Machu Picchu and Its Builders in 1948. (He also wrote several other books, including Inca Land: Explorations in the Highlands of Peru and The Ruins of Choqquequirau, among others.)

If he weren’t such a good writer, I might not have forgiven Bingham for being so wrong. Not only was he the first white man at Machu Picchu: He thought he had discovered Old Vilcabamba, the last hideout of the Incas as they fled the Conquistadores. In reality, the last four Inca rulers were based in the jungle at a place called Espiritu Pampa. Curiously, Bingham had been there (see photo below), but thought the place was far too tropical for his beloved Incas. 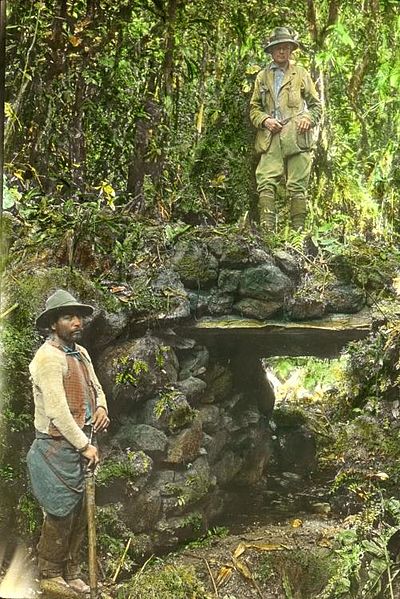 It is almost pathetic to read Bingham’s forcing the issue regarding his misidentification. He practically ordered furnishings for the rooms from Macy’s to prove his point:

One day we located the burial place of the High Priestess or Mama-cuna, the Lady Superior of the convent, the person chiefly responsible for the training of the Chosen Women. It was a very sightly location on a rock-sheltered terrace on the slopes of Machu Picchu Mountain, about a thousand feet above the highest part of the ruins. The terrace was about forty feet long above some agricultural terraces and connected with the highest by two flights of stairs. It was almost completely overhung by an immense bowlder which looked like a peaked crag of the grey granite mountain. The flat-faced projecting portion of the bowlder was at least fifty feet high. The terrace was constructed largely of rock and gravel. Sheltered from the fierce noonday heat of the sun, it offered an ideal resting place for the Mother Superior.

Yes, but what kind of tea did she drink?

I might be a little hard on the guy, with all his palaver about Chosen Women and Virgins of the Sun. Remember, the Incas had no writing, so Bingham filled his discovery from his own imagination. Mother Superior my Aunt Fanny!