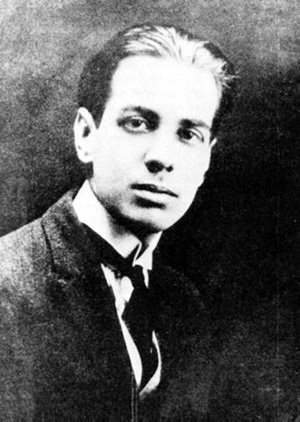 I was so very impressed by Czeslaw Milosz’s book Milosz’s ABC’s. There, in the form of a brief and alphabetically-ordered personal encyclopedia, was the story of the life of a Nobel Prize winning poet, of the people, places, and things that meant the most to him. Because his origins were so far away (Lithuania and Poland) and so long ago (1920s and 1930s), there were relatively few entries that resonated personally with me. Except it was sad to see so many fascinating people who, unknown today, died during the war under unknown circumstances.

My own ABCs consist of places I have loved (Iceland), things I feared (Earthquakes), writers I have admired (G. K. Chesterton and Honoré de Balzac); things associated with my past life (Cleveland and Dartmouth College), and things I love to do (Automobiles and Books). This blog entry is my own humble attempt to imitate a writer whom I have read on and off for thirty years without having sated my curiosity. Consequently, over the months to come, you will see a number of postings under the heading “Tarnmoor’s ABCs” that will attempt to do for my life what Milosz accomplished for his. To see my other entries under this category, hit the tag below marked “ABCs”.I don’t guarantee that I will use up all 26 letters of the alphabet, but I’ll do my best. Today, we’re at the letter “J,” for Jorge Luis Borges.

Ever since I first learned about Jorge Luis Borges (1899-1986), I have been hooked. By now, I have read just about everything that has been translated into English, sometimes two or three times. He has guided my reading for over forty years: Without him, I would never have discovered Iceland or the works of G. K. Chesterton. Without him, I would never have gone to Argentina twice, once in 2006 and once in 2011. His City of Buenos Aires has become one of the ineluctable geographies of my dreams.

Of his works, I recommend most highly Labyrinths, Ficciones, Other Inquisitions, and, of course, his magnificent poetry. Below, from the recent Penguin anthology entitled Poems of the Night, I have excerpted one poem entitled “Sleep” as translated by Stephen Kessler:

The night assigns us its magic
task. To unravel the universe,
the infinite ramifications
of effects and causes, all lost
in that bottomless vertigo, time.
Tonight the night wants you to forget
your name, your elders and your blood,
every human word and every tear,
what you would have learned from staying awake,
the illusory point of the geometricians,
the line, the plane, the cube, the pyramid,
the cylinder, the sphere, the sea, the waves,
your cheek on the pillow, the coolness
of the fresh sheets, the Caesars and Shakespeare
and the hardest thing of all, what you love.
Oddly enough, a pill can
erase the cosmos and erect chaos.

Most people who know of Borges know only that he was blind. For the last half of his life, he was a kind of Teiresias. That’s why I wanted to reproduce above a photograph of the poet in his twenties. The other thing many people know is that he was singled out by the Swedish Academy to be passed over for the Nobel Prize for Literature, primarily because one member of the selection committee disagreed with his politics. This was supposedly because he accepted an award from Chilean dictator General Augusto Pinochet Ugarte. I do not care a fig if Borges’s politics are to the right of mine: All that counts is that he has had a benign, lasting, and ever growing influence on the person I have become.