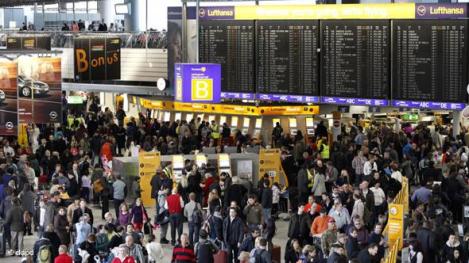 Did Anyone Hear That Announcement?

Like all inventions, it was well intentioned—originally. Then, like most inventions, things got out of hand. I am referring to public address systems, which work well enough in certain controlled environments, such as schools, but are all but useless in crowded situations such as airports and railway stations.

Yesterday, for example, I took the new Expo light rail from Santa Monica to Downtown L.A. and back again. Admittedly, it was only the fourth day of operation of the extended Expo line, but all was confusion at the 7th Street Metro Station. A train had pulled in whose destination was Willowbrook on the Blue Line. There was a scratchy P.A. announcement saying something or other in which the words “Santa Monica” were mentioned, after which half the people in the train got off. Thereupon, the train was marked “Not in Service” and left the station with several hundred people bound for either Willowbrook or Santa Monica or the rail maintenance yard.

This is a typical occurrence. Most public address announcements are innately confusing. There could be technical reasons for this, or the announcer could have a voice that is not appropriate for the medium.

At airports, I have gotten used to ignoring all announcements and looking carefully at the status board. That’s what I wound up doing at the 7th Street Metro Station yesterday: I just waited for a train whose destination was clearly marked as Santa Monica.

In 1979, my brother and I were flying to Villahermosa by way of Mexico City. We were told by announcement that our flight was canceled. That’s when my term “flying by Mexican rules” was born. Dan and I hunkered down and kept our eyes and ears open. Sure enough, there was a scratchy announcement that mentioned Villahermosa, and we found that the plane was in fact being boarded. Only at the last minute did that status appear on the electronic signage.