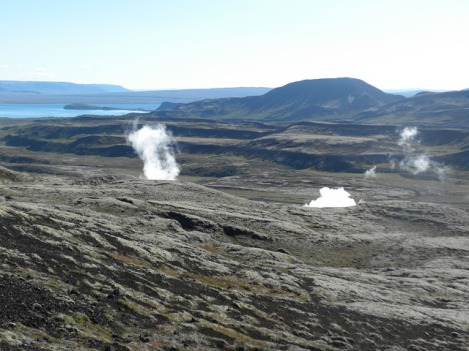 It is almost five years since I last set foot in Iceland. Curiously, most of the vacations I have had since then have been in earthquake and volcanic zones. It is almost as if being in highly dubious terrain has become a metaphor for my life. All those Icelandic steam vents, all those fumaroles—they are a handy symbol for the curve balls that life can throw at you. I am reminded of John Bunyan’s Pilgrim’s Progress, in which Pilgrim must walk a straight and narrow path from the City of Destruction to the Celestial City, which is Heaven.

My first memory of Iceland, going back to my first visit in 2001, was of all the steam vents on the Reykjanes Peninsula between Keflavík Airport and Reykjavík. Then, too, there were those fields of geysers where one had to stay on the path if one didn’t want to fall through the crust and end up boiled to death within seconds. 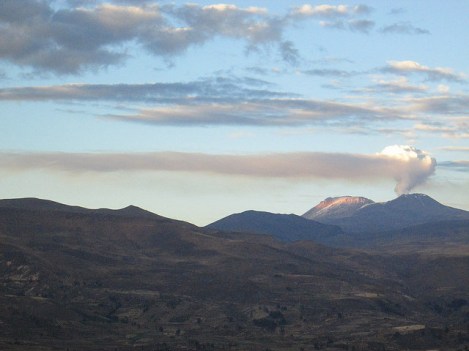 The Volcano Sabancaya in Eruption Near Arequipa, Peru

In my seventy-third year on this earth, I find I must walk on the straight and narrow path lest I fall by the wayside. Living with Martine was a pleasant distraction—one I would gladly suffer again—but on my own, there are more things that can happen to me. I am determined to take good care of myself, insomuch as that is possible.

As you read these little squibs of mine, I should not be surprised if you could tell that something is wrong before I can inform you of the details.

In the meantime, I continue to plan for my vacation later this year in Guatemala, another land of earthquakes and volcanoes.

2 thoughts on “In Dubious Terrain”