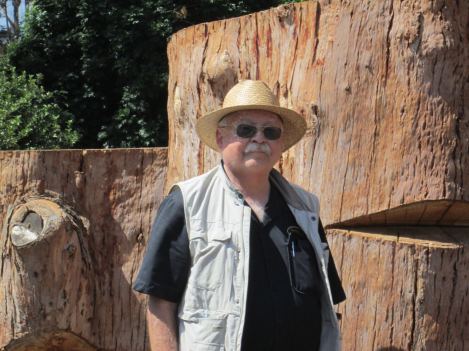 … Who Doesn’t Realize He’s Getting Old

Unless one has children of one’s own, and if one is in reasonable health, one doesn’t really know one is getting old. Yesterday, my friend Bill Korn told me his own interpretation of my posting from a couple days ago, I Don’t Feel at Home Here, Either. The young, when they acknowledge my existence at all, seem surprised to see such a spry oldster doing approved things. Several weeks ago, I was about to enter a Trader Joe’s market when a younger woman flashed a delighted look at me, as if here was a decrepit old man doing the right thing. What was my reaction? I gave her the stink-eye, at maximum volume. She looked infuriated, as if I had stomped on her Yorkie or slipped her smart phone into a sewer grating.

What my reaction was saying was: “Don’t patronize me, you stupid beeyotch! I do not require your approval.”

But then, that’s me all over. I don’t cotton to strangers. When I am traveling in a foreign country and am approached by American tourists, I answer back in Hungarian. I think I’m taking after my Great Grandmother Lidia Toth (born in 1876), who could make a longshoreman blush with her swearing. She was one of those, “Who’re you looking at, Punk?” type of people, except her language was ever so much more colorful.

As a result, I am not likely to initiate contacts with strangers—with several exceptions. When I travel, I try hard to communicate with the locals and generally get good responses. I do not … ever … make … friends …. with …. American … tourists. Does that mean that I am anti-American? Not really, I just find it’s a waste of time. I even go out of my way to help foreign tourists who are obviously stuck in Los Angeles, which is not the easiest place in the world to get around in.