I don’t usually read Young Adult fiction, but circumstances dictated that I read Among the Red Stars by Gwen C. Katz. First of all, my friend Bill Korn recommended it to me and suggested that I visit the author at last weekend’s Los Angeles Times Festival of Books. The which I proceeded to do last Saturday. Gwen was there in a shared booth, and I purchased a hardbound copy of her book.

Yesterday, I finally had a chance to start the book. Given Bill’s recommendation, I expected it would be interesting. It was actually written well enough to almost qualify as standard adult fiction. The book was about what the Wehrmacht troops invading Russia called the Nachthexen, the Night Witches. The term referred to young women who flew primitive old bombers at night behind enemy lines. The heroes are Valka (Valentina) and Iskra, a pilot and navigator who knew each other from childhood. Valka corresponds with Pasha, a friend from her home town who is conscripted into a rifle company.

Almost half of the novel consists of letters between Valka and Pasha, which gradually turn into love letters as Valka begins to realize how much her childhood friend means to her. 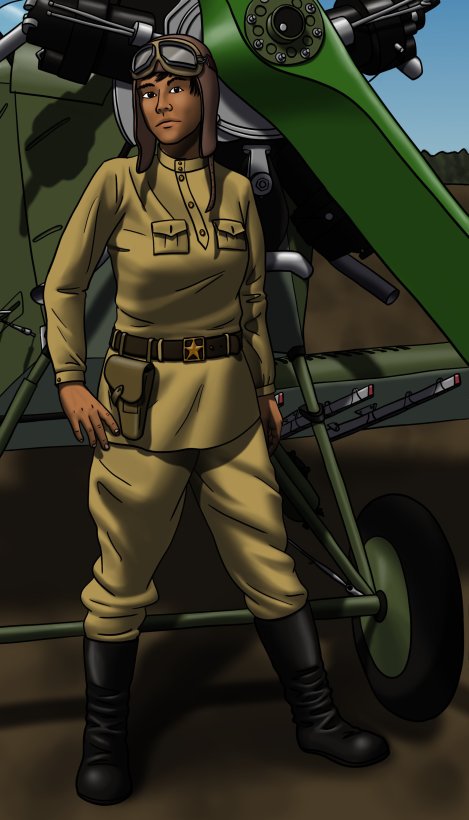 Many of the events described as well as many of the minor characters are taken from real life. Although I do not know much about the women flyers in the VVS (short for Военно-воздушные силы, or Military Air Forces), I felt that Gwen Katz did a creditable job researching her book. Added to that were interesting and diverse characters and well-plotted-out action that was exciting without being too subject to shallow wish fulfillment.  The ending, in which Valka and Iskra fly to rescue Pasha in German-held territory might be a bit much; but it is well within the standards of YA literature.

I am curious to see what Miss Katz will do for her next novel. And I will be looking out for it.