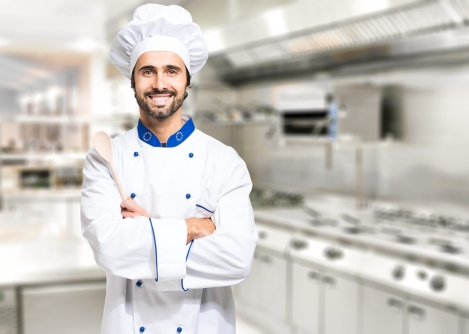 What Ever Happened to Good Plain Food?

I open this post by splitting a couple of hairs. First of all, this has nothing to do with Anthony Bourdain’s unfortunate demise. I am not familiar either with his work as chef or his book(s) or his television program. Secondly, I am writing this at Martine’s behest. Anyone who knows me well knows that I like ethnic food best. It is Martine whose digestive system shies away from any attempt at fanciness, which she associates with things like raw onions or strong spices. Going to an unfamiliar restaurant is something she associates with an assault on her Irritable Bowel Syndrome (IBS).

As the cook in our little household, I try my best to prepare simple dishes without too many exotic ingredients but with a good, clean taste. At times, I am tempted to add hot chilis, as I am a notorious chili-head. But I resist the temptation, or my little girl goes hungry. Restaurants are even more difficult: Martine aims for the tried and true places, like Sevan Chicken and Elena’s Greek and Armenian Restaurant in Glendale; All India Cafe, the Rosemary Grill,  and Darya Persian Restaurant in my neighborhood; Label’s Table and Canter’s Deli East of here; and The Main Course in Rancho Park. At each of those places, she will typically order the same dish every time, while I typically skip around the menu. If that one dish doesn’t satisfy, she writes the restaurant off her list as a lost cause.

Several years ago, I wrote a post entitled “Don’t Toque to Me About Chefs!” in which I lambasted the profession for trying too hard to be creative without necessarily serving good food. It almost seems as if many chefs were trying too hard to be original. There used to be a great Hungarian restaurant in the San Fernando Valley called the Hórtobágy owned by a chef called Lászlo. Apparently, the genius in the kitchen at his restaurant was an elderly lady who cooked delicious Hungarian meals that reminded me of my childhood. Then Lászlo opened another restaurant nearby called Maximilian’s at which he was the chef. Every dish was smothered with raw onions. Yeccch!