Home » politics » How Dare You Interfere With My Manly Pleasures? 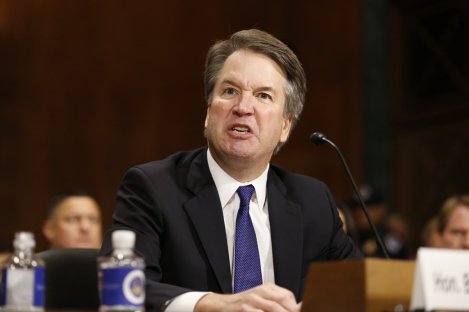 I think both sides have covered all the substantive issues, according to their various points of view. One thing I have not seen is how Brett Kavanaugh seems to have screwed the pooch as far as his nomination to the Supremes is concerned. (That won’t matter to Mitch McConnell, who at this point would gladly accept in nomination Jack the Ripper, Benedict Arnold, or even Judge John Hathorne of the Salem witch trials.)

Admittedly, the Democrats are enraged that are being requested to swallow the bolus of Kavaugh’s sexual and other moral misdeeds and his lies under oath. Somehow, I think he would still have gotten by if only he were nicer. That snarl, though, is such a clear sign of villainy that he is rapidly losing adherents. I mean, who wants to be associated with a guy whose main legal qualifications are his love of beer and pussy.