Home » film » Once Upon a Time in Alternate History

One of my favorite novels by Philip K. Dick is The Man in the High Castle (1962), in which the United States has lost the Second World War. Germany occupies the Eastern U.S.; and Japan, the Western U.S. In his film Once Upon a Time in Hollywood (2019), Quentin Tarantino dishes up an alternative view of the Sharon Tate killings at 10050 Cielo Drive in Beverly Hills.

I don’t want to spoil the film for any of my readers, so I will hint that in the movie, all the killing takes place next door. Involved are not Sharon Tate and her guests, but Western star Rick Dalton and his stuntman buddy Cliff Booth.

The odd thing is that I actually know the person who occupied the house that is either next door or almost next door. That person was film actor Richard Anderson. 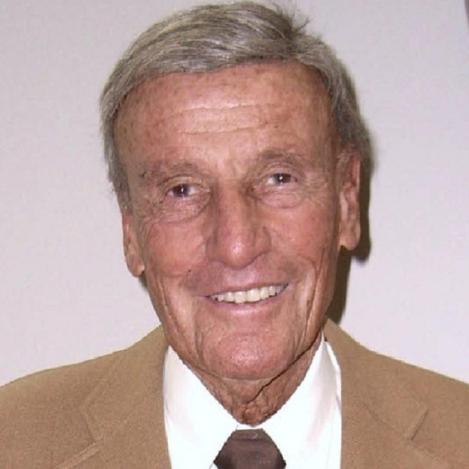 The resident of 10120 Cielo Drive was an actor best known for his role as Oscar Goldman in the TV series The Six-Million Dollar Man. He also had a supporting role in such films as Forbidden Planet (1956), Paths of Glory (1957), The Long Hot Summer (1958), Seven Days in May (1964), and Ted Turner’s Gettysburg (1993). He was our client in the accounting firm in which I worked, and was probably our staff’s favorite client for his lack of pretense, honesty, and overall aura of kindness. When he died in 2017, shortly before I retired, we were all devastated.

So I was amused when Tarantino turns Sharon Tate’s neighbors into wish-fulfillment he-man heroes. I never had a chance to ask Richard about the Manson killings, since it was not considered kosher to pry about painful moments in the life of our clients. But I thought about it from time to time.