After my day had a bad beginning, I was not surprised to read my horoscope in the L.A. Times: “Knowing you’re not in control can be frightening or frustrating, especially when the situation is one you would normally handle without a problem.”

I am continuing to have problems obtaining my prescriptions from Anthem Blue Cross. After being requested to call Anthem on a Saturday morning to check on the status of my order, I found that the phone number they gave me is open on weekdays only. When I called Anthem Customer Service, I was told that my prescriptions would not be ready on Monday—despite having been assured they would be. Every person seemed to have a different story.

Net result: I will be playing by Mexican Rules. I will attempt to get the drugs I need in Yucatán over the counter at a large pharmacy. Some drugs I will run out midway through the trip.

Once again, corporations rule. While we are being assured that everything will be jake with us, our benefits, our rights, and our protections are being whittled away to nothing. All this while Trump’s phony triumphalism continues unabated, and while ignorant hicks wear red hats to celebrate their loss of status. One can’t even talk to corporations any more:

Eventually I got through to a representative who couldn’t give a rat’s ass about my problems and who provided yet another face-saving lie.  (Incidentally, hitting the O for Operator didn’t work.)

The Logo of the Los Angeles Unified School District

It’s election time in Los Angeles again. This time, it’s a runoff between two school board candidates, incumbent Steve Zimmer and challenger Nick Melvoin. The issue between them relates to which candidate is for Charter Schools and which is against. On one hand (Zimmer), you have the teachers’ unions; on the other (Melvoin), you have big corporations. In an election such as this, I look carefully to see who’s spending more money—and I vote against that candidate or issue.

I am amazed that so many millions of dollars are being spent for two seats on the school board. Today alone, I have received eight live telephone calls and robocalls. Because of the tendency for elections in L.A. to go toxic quickly, I tend to be a bit abrupt with the live callers. One accused me of being against grass roots campaigning. I agreed with him and said that, increasingly, I find election campaigns—in general—to be overlong and overblown. So, yes, mark me down as being against grass roots or any other type of roots that are being shoved forcibly down my gullet.

The more money that is spent on politics, the more corrupt it is likely to be. Since I have no school aged children (or any other for that matter), I have no horse in this particular race; but I am more than willing to study the issues and vote according to my conscience. That usually involves ignoring all phone calls and TV ads (I don’t even watch TV) and reading the Los Angeles Times and maybe doing some Internet research. That might sound primitive to you, but that’s how I decide for whom or what to vote. 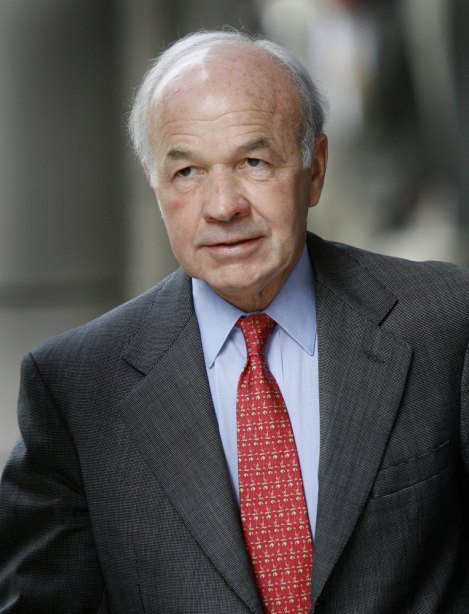 There is one class of people who are almost untouchable when they commit economic crimes while at the helm of their companies: I am referring to Chief Executive Officers (CEOs), to which I might also add Chief Financial Officers (CFOs) and Chief Operating Officers (COOs). To date, there has been no major prosecutions of the bank and securities firms CEOs who were responsible for the Great Recession of 2008—despite the fact that they, in many cases, knowingly put together subprime mortgage securities backed (essentially) by hope and pixie dust.

There have been cases of CEOs who have served time (or are serving time). These include:

Ken Lay of Enron would have joined that list, but he died of a heart attack before sentencing. For more information about the above, click here.

There are class action suits, but these have a way of punishing the innocent and leaving the guilty scot-free. For one thing, it is the shareholders who suffer, not the executives. In many cases, it is the shareholders who have  initiated the cases and suffer from the resulting devaluation of their securities. And probably the biggest beneficiaries are law firms specializing in class action cases. These boys make out like bandits.

Whether CEOs wind up doing the perp walk is not the main point. I would be happy to see blame ascribed and large fines levied.

Every once in a million years, someone from the hated 1% not makes a positive contribution to the culture but also attacks his fellow millionaires. James Laughlin (1914-1997) was not only a poet of some repute, but also the founder and publisher of the New Directions paperbacks that are to be found all over my library, including my favorite volume of stories by Jorge Luis Borges:

One of My All-Time Faves

Interestingly, James Laughlin was from the Laughlins of Jones & Laughlin Steel Company, founded in 1852 and one of the giants of American manufacturing.

Imagine what his family thought of the following poem attacking corporate executives for their intransigence in a remarkably modern way:

The president of the
corporation was of the

opinion that the best
thing to do was just

to let the old ship
sink as pleasantly &

easily as possible be-
cause it was plain as

day you couldn’t op-
erate at a profit as

long as that man was
in the white house &

now he was there for
good you might just

as well fold yr hands
and shut yr face and

let the old boat take
water till she sank.

Now it is quite obvious that the president of whom Laughlin was talking was Franklin D. Roosevelt, though I can see the same thing being said about Obama, Carter, or even Clinton.

Does the IRS Want to Make More Money? Try This!

We all know that corporations are taxed based on their annual profit. Yet this profit can be endlessly manipulated using depreciation and a whole plethora of loopholes. As one who has been in the accounting profession for a few years, I have a modest proposal that could at one and the same time:

It’s really quite simple: No company can pay a tax that is lower than the amount of compensation (in cash or stock options) paid to its management. The management positions which trigger this tax policy can (and will) be negotiated endlessly, but the upshot will be higher corporate taxes and less outrageous sums going to overpaid CEOs and their henchmen.

Why should corporate rights be so much more generous than the rights of American workers?

The SCOTUS Retards: Thomas and Scalia

Although I am by no means a Communist, I have a certain belief in dialectics. Somethings happens (THESIS), opposition emerges (ANTITHESIS), and finally some sort of compromise solution emerges (SYNTHESIS). With the McCutcheon vs. FEC case just concluded, the U.S. Supreme Court gives wealthy individuals the right to in effect donate as much money as they want to the party or issue of their choice through SuperPACs which redistribute the funds. Although they still cannot write a megacheck directly to a particular candidate, I’m sure that won’t be long in coming.

What the so-called 1% (actually, a much smaller percent that) don’t realize is the hatred and opposition they are sowing. The superwealthy and the corporate elite have succeeded in infiltrating and gutting a major political party’but not without hard feelings. The more they ride roughshod over the feelings of American voters, the more likely there is to be a reckoning of some sort to redress the balance. There will be no Thousand Year Reich for the likes of Sherman Adelson and the Koch Brothers. They may be at their apogee wight now in terms of influence, but angry crowds are massing in front of the Bastille, and with luck their efforts will be taken apart brick by brick.

I am convinced that many or perhaps even most viewers of the Faux News channel are aware that the fix is in and are just waiting for the right time to cast their vote.

At least, I hope so.

So Now They Want Religion, Too?!

The vast new field of corporate rights gives me a wicked idea: If corporations are people—and now, maybe, they even have religious rights—it’s time to start treating them like people. As a data processing worker in the accounting profession, I would like to make corporations subject to a higher tax rate, just like individuals. Why should corporations be taxed on profits alone? And at the giveaway rate of 20% No, put corporations on a parity with individuals, who are currently taxed at 26-28%.

If a corporation makes millions of dollars, under no condition should they get off from paying their fair share. And the Alternative Minimum Tax (AMT) should be modified so that for each million dollars of gross income, there is additional AMT levied. Also, if they don’t offer health insurance to their employees, perhaps they should be fined by the Affordable Care Act.

Not only have corporations had a free ride in this country, but they have been the biggest crybabies of all! They are absurdly sensitive to tax, and will move to another state if they think they can get a better tax deal.

As Mitt Romney said during his abortive 2012 presidential campaign, “Corporations are people, my friend!” Let’s hold their feet to the fire just like the Federal and State governments do to us. If they cry, hit them with a Crybaby Tax.