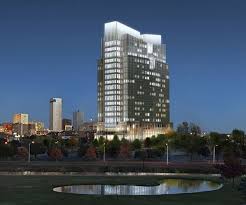 So Now They Want Religion, Too?!

The vast new field of corporate rights gives me a wicked idea: If corporations are people—and now, maybe, they even have religious rights—it’s time to start treating them like people. As a data processing worker in the accounting profession, I would like to make corporations subject to a higher tax rate, just like individuals. Why should corporations be taxed on profits alone? And at the giveaway rate of 20% No, put corporations on a parity with individuals, who are currently taxed at 26-28%.

If a corporation makes millions of dollars, under no condition should they get off from paying their fair share. And the Alternative Minimum Tax (AMT) should be modified so that for each million dollars of gross income, there is additional AMT levied. Also, if they don’t offer health insurance to their employees, perhaps they should be fined by the Affordable Care Act.

Not only have corporations had a free ride in this country, but they have been the biggest crybabies of all! They are absurdly sensitive to tax, and will move to another state if they think they can get a better tax deal.

As Mitt Romney said during his abortive 2012 presidential campaign, “Corporations are people, my friend!” Let’s hold their feet to the fire just like the Federal and State governments do to us. If they cry, hit them with a Crybaby Tax.

2 thoughts on “Corporations As People”