Courtyard of the Casa Montejo in Mérida, Yucatán

When most Americans think of the ideal house, they always see it as set back from an immaculately manicured front lawn. Perhaps owing to my hatred of mowing lawns, I much prefer the Mexican house, which presents a blank face to the street—no windows, one regular-sized door—and with a delightful courtyard which can’t be seen from the street.

I cannot for the life of me see myself doing anything on a front lawn other than working my butt off. But a courtyard, that is a different matter altogether. I could set out a chair and read there, or talk to my friends, or even have breakfast.

Courtyard of the Former Archbishop’s Palace in Mérida

In Latin America, you can live in a beautiful house—as seen from the inside—and not have to worry about what the neighbors think. When I think of sliding glass doors opening onto decks, I wonder if most American houses are secure from theft and home invasions.

Above is a typical street in the center of Campeche. Some of the buildings are businesses; other, homes of the well-to-do. There isn’t much zoning in effect.

Truth to tell, unless I win the lottery, I cannot see myself as owning a house. And if I could somehow afford one, my idea of the perfect house would come into conflict with zoning regulations and local customs. I will probably continue to live in an apartment, where I don’t bother my head about perfection in any sense of the word. 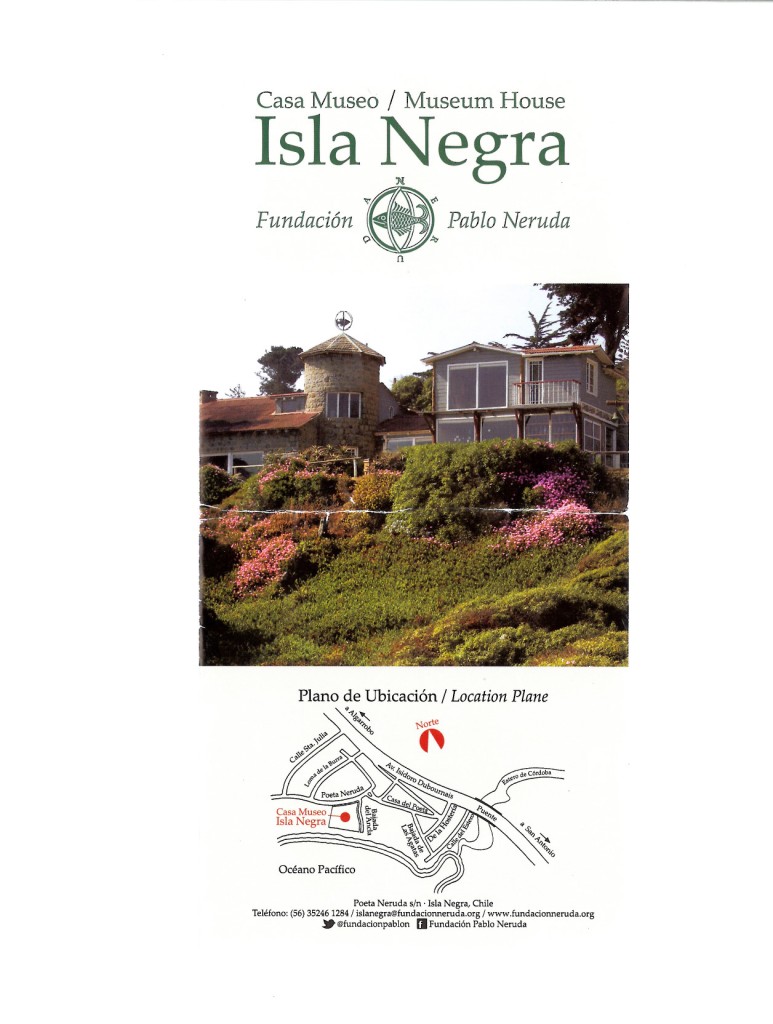 Isla Negra Where Neruda and His Wife Are Buried

I haven’t written about South America lately, so I decided to return to it. If my visit to Chile seems haphazard and unplanned (Puerto Varas to Valparaíso to Santiago), it is because my sightseeing goals were, to say the least, abstruse. Remember, I probably wouldn’t have gone to Argentina if it weren’t for my readings of such writers as Jorge Luis Borges, Adolfo Bioy Casares, Juan José Saer, and César Aira. My favorite Chilean writer is the poet Pablo Neruda. So I went to Chile to visit his three houses.

It’s not really abstruse, I guess, because Neruda was not only a great poet; he was also a great domestic architect and designer. He had some money to work with because he was not only a poet, but served various diplomatic posts, particularly in Mexico.

The first house I visited was at Isla Negra, about an hour south of Valparaíso. It was my favorite of the three, located as it is on a nice stretch of beach. Also it was not trashed by Pinochet’s fascist supporters after Salvador Allende fell, like La Chascona in Santiago was. Isla Negra seems to go on forever, with quirky bars, dining rooms, nautical and railroad themes, and fascinating collectibles.

High on a hill, on Avenida Alemania, with a sweeping view of Valparaíso’s bay, is the towering La Sebastiana. Like Isla Negra, it still has all the original furnishings, with the poet’s quirky love of nautical themes. On the day I went, the house was full of French tourists.

Finally, in the city’s ritzy Bellavista area is La Chascona, which means “messy hair.” The reference is to wife Matilde Urrutia’s hair. This house is tucked against a hill and does not have any sweeping views the way the other two houses do. Although the original furnishings were trashed in 1973 by fascisti supporting dictator General Augusto Pinochet, Matilde managed to salvage many of her late husband’s original decorations, such that one scarcely notices the damage that had been done.