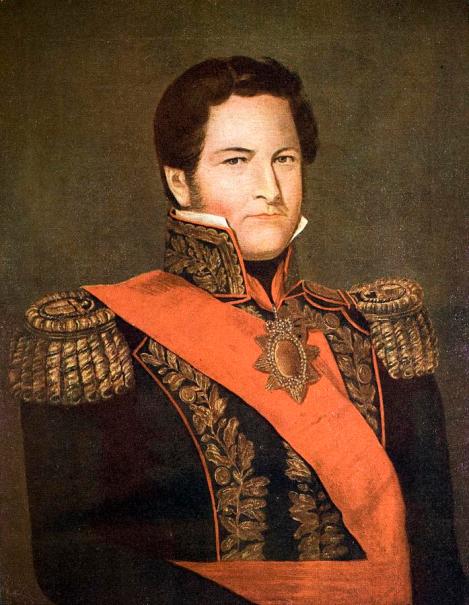 When we think of South America, we usually think of the military dictators, or caudillos, who seemed to rule most of the time. Why is it that the continent has had so much difficulty transitioning to a democratic form of government? I think the reason goes all the way back to the expulsion of Spain from her colonies. The Spanish forces were sent back, but the criollos were still very much in charge. They were mostly white, with rarely some Indian admixture, but they held the reins of power. Simón Bolívar, José de San Martín, and Bernardo O’Higgins were all criollos. All the big landowners, almost without exception, were criollos. Only rarely did an Indian come into power, and then usually only for a short time.

The armies of the South American countries were, until late in the Twentieth Century, pretty much in charge. They acted as a kind of Praetorian Guard to their favorites, who were usually the caudillos. God help them, however, when the favorites were no longer favored. Eric Lawlor in his excellent book In Bolivia enumerates the country’s heads of state who met violent ends:

The list of presidents and former presidents to die violently is extensive. Pedro Blanco was assassinated in 1829; Sucre in 1830; Jorge Córdova in 1861; Belzú in 1866; Melgarejo in 1871; Augustín Morales in 1872; Hilarión Daza in 1894; and José Manuel Pando in 1917. Nor did the tradition end in 1946: President René Barrientos died in a highly suspicious helicopter crash in 1969, and former President Torres was gunned down in Buenos Aires in 1972. Becoming chief of state in this country often amounts to signing one’s death warrant.

Actually, the most spectacular Bolivian President’s demise was that of Gualberto Villaroel, who was hanged by a mob on a lamp post across the street from the Presidential Palace in 1946. As Lawlor write, “A sobering sight for incumbent presidents, it [the lamp post, which still exists] may explain why so many Bolivian communities are still without streetlights.”

Bolivia might be the most spectacular bad example of misgovernment, but virtually every South American country has its own bad examples, from Juan Manuel de Rosas of Argentina, who set some type of caudillo longevity record; to General Augusto Pinochet Ugarte of Chile; to Ramón Castilla y Marquesado of Peru; to José Antonio Páez of Venezuela; to José Artigas of Uruguay. Of the independent countries, Chile and Brazil had the fewest; and probably Bolivia had the most.

There is a nice PDF file on “The Rise of the Caudillos,” which deals with the issue in outline format.