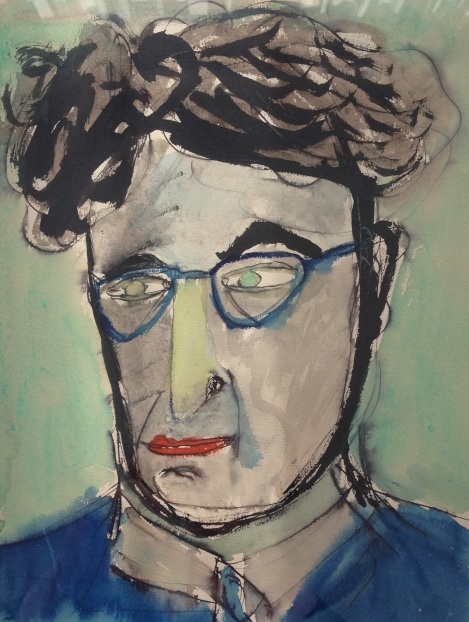 Raymond Queneau has been known to me for some time: I read We Always Treat Women Too Well (1947) twice. But now that I have finished The Last Days: A Novel (1936), I think I have discovered a major talent.

The Last Days is the story of what one might call a social cohort, a group of people of varying ages who know each other to varying degrees. Interestingly, there are only two women in the cohort, Suze and Fabie, and they enter in only insofar as they have relationships with the males. Some of the males are students who are trying to study for a diploma in philosophy from the École Normale Supérieure; one is an aging teacher of history; another is a con man; and there are other various hangers-on. The one truly superior figure is the waiter Albert, who has everything all figured out, as described by his co-worker, Louis:

He didn’t only know how to see the future. He was also a philosopher. A real one. He used to say to me: “You see, the customers, they’re like a pile of dead leaves.”

I asked him why. He answered. “Leaves, when they’re on the tree, if you didn’t know that autumn existed you might think they’d stay there forever. That’s like our customers. They come back every day as regular as clockwork: you think they’ll go on doing so forever. But then one day the wind blows as carries the leaves off to the gutters and the street sweepers make little piles of them on the edge of the pavements to await the dust-cart. Me too, every year I make my little pile when the autumn arrives, my little pile of dead souls.”

Albert’s one goal in life is to win back the money that his father lost at the races: No more, just enough to live a comfortable life in retirement, and not a sou more. And he actually manages to do this, returning to work at the café the next day.

The others, such as the student from Le Havre, Vincent Turquedenne, manage to lose their virginity, hang out with their friends, and even get their diploma. The history teacher—feeling he spent his whole life teaching geography while he himself never traveled—dies and has a magnificent funeral. The con man figures he would be immortal if he never laid down, because that’s what kills one, but then gets sick and is put to death and, of course, dies.

There is a simple beauty to this story that makes me want to read more of Queneau’s work. Fortunately, a lot of it is available.