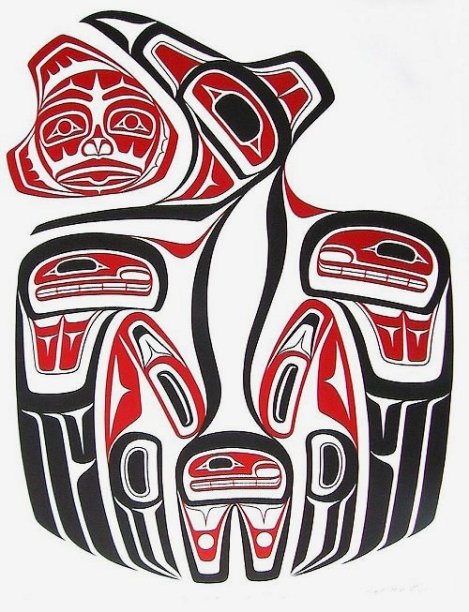 Now that I have resolved to explore the Inside Passage of Alaska and British Columbia, I have become interested in the many native peoples along the route. And also that means I have a renewed interest in Franz Boas, who spent so much of his career studying the Kwakiutl, the Tlingit, the Bella Coola, the Salish, and others. From Boas’s (edited) Folk-Tales of Salishan and Sahaptin Tribes (1917) comes this tale, from the Nicola Valley, of how death came into this world:

Coyote was travelling, and came to Raven, a bad, selfish chief, who wanted to make everything difficult for other people, and easy for himself. He wanted the game for himself, wanted long winters, and he did not want man to be immortal. Coyote questioned him as to why he wanted people to die. He said, “If people were immortal, there would be too many. Let them become sick and die.” Coyote said, “Why should they die? Death will introduce sorrow into the world, and sorrow is very hard. If they die, what will become of them? Where will they go? Let them be sick, but not die.” Raven said, “No, they must die. I do not wish our enemies to live forever. If the people should become too numerous, there would be no food, and they would be hungry. It is better for them to die.” Raven’s people supported their chief, and clamored for the people to die. Raven, Crow, Fly, Maggot, and many others wanted people to die, so that they might feed on corpses. Coyote said, “Let people die for a while, and then come back to life again. Let death be like sleep.” Raven said, “No, if they die, let them die for good, and let their bodies rot.” At last Coyote agreed, and said, “Well, it is ordained that people shall die when their time has come. Their bodies shall be buried, and their souls shall go to spirit-land; but this will only be until the world changes again, when they will die no more.”

Shortly after that, Raven’s daughter became sick and died. She was the first to die. Raven tried to restore her to life, but failed. Then he wept because of his daughter. He went to Coyote, and said, “Let us change what we said before. Do not let people die and remain dead forever. Let us change it!” Coyote answered, “No, it is settled now, and cannot be altered.” Thus it happens that people die and are buried.