There’s a Lot of GOP Hotfoots in Washington Today

The Trumpf Administration (it’s actually funny to think of it as an “Administration”—more like a dumpster fire that just got out of control) is so ridiculously beleaguered that it’s almost funny. Except that it’s happening to each and every one of us. We escaped having a health program that would have demised several million Americans rather unceremoniously.

But there will be other chances, what with the other pending items on the GOP agenda. After today, though, I can’t see ol’ Turtleface McConnell smiling with any degree of sincerity.

And, as more Trumpf insiders become outsiders, I can see more embarrassing stories bedeviling the man from Mar-a-Lago. Such as the time the Presidente called in Reince Priebus to the Oval Office for the sole purpose of killing a fly. 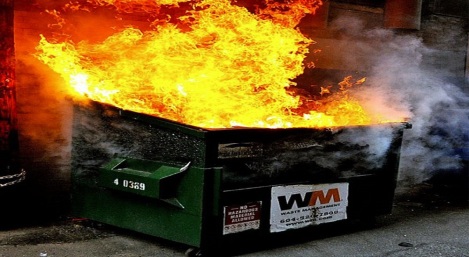 It Started Small but Grew to Engulf a Whole Nation

It looks now as if Trumpf has enemies in both major political parties. Do you suppose that eventually, someone will develop the spine to remove this chucklehead from office?