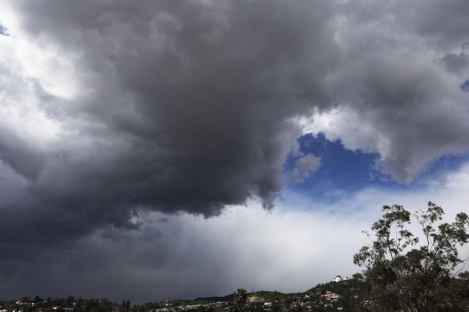 Could Summer Really Be Over?

Our seasons in Los Angeles are very different than in other parts of the country. For the last few days, we’ve had a touch of autumn; but that doesn’t mean that there will be any consistency in the weather over the next six weeks or so. We might very well be in for a spell of hot, dry, windy weather—otherwise known as the Santa Ana winds. Or we could actually get some measurable (i.e., more than 1 centimeter) precipitation, though that is unlikely. It will probably get cooler in the evenings, or not.

One thing for sure: My left knee is aching, and I struggle slightly to rise from a sitting position. I’ve just taken some aspirin, which will probably help some. And I will probably get my flu shot sometime this week, because the flu season sets in fast whenever the weather gets cooler.

Although this has not been a particularly hot summer, it has been a humid one. Our humidity usually lasts only through July, but this year it has been virtually non-stop. We even got some slight drizzle yesterday and Friday. It would be nice if we had another wet winter, though the scientists who predict this sort of thing say that California will continue to have terrible droughts. This translates into terrible wildfires. Sigh!