Home » film » Plague Diary 17: A Film About the Plague 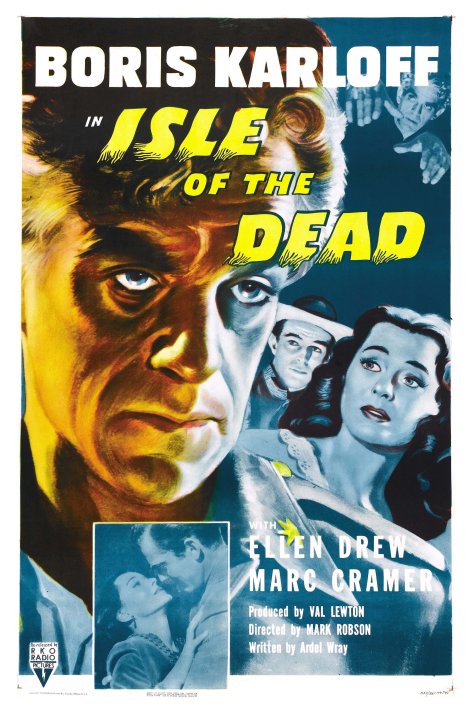 In the early 1940s, a Hollywood movie producer named Val Lewton (his real name was Vladimir Ivanovich Leventon) was responsible for a handful of great horror films in which the effects were more psychological than crude, which placed him pretty much in a one-man category.

Today, I saw (for the nth time) his film Isle of the Dead (1945), set on a strange Greek island during the First Balkan War (1912-13). Boris Karloff plays the Greek General Nikolas Pherides who, together with an American journalist, rows to an offshore island to visit the grave of his wife. He finds that her grave had been broken into and her body stolen. Worse yet, he lands on the island only to find that one of the guests in the house where he is staying has died of the plague.

Karloff and the other people on the island must quarantine until the wind changes. Once the hot, dry sirocco wind begins to blow, that particular strain of the plague dies off. 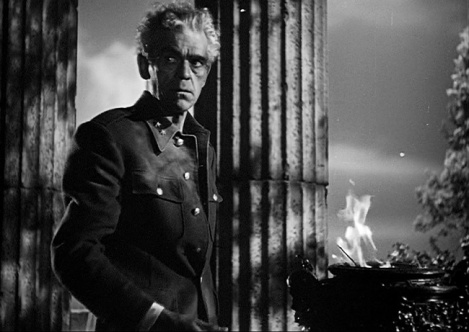 The psychological element introduced by Lewton is a superstition of a vampire-like creature called a vorvolaka which is promulgated by a Greek peasant woman named Kyra serving in the house. Karloff, who prides himself by his nickname of “The Watchdog,” buys into the possibility of the truth of this superstition, blaming a young serving woman who is enjoying rubicund good health for being a vorvolaka.

The film is a scant 72 minutes long and would be an excellent choice for a Quarantining-at-Home Film Festival, even if it is one lone title. There is also an Elia Kazan film called Panic in the Streets (1950) which involves the plague but has no claustrophobic quarantining.